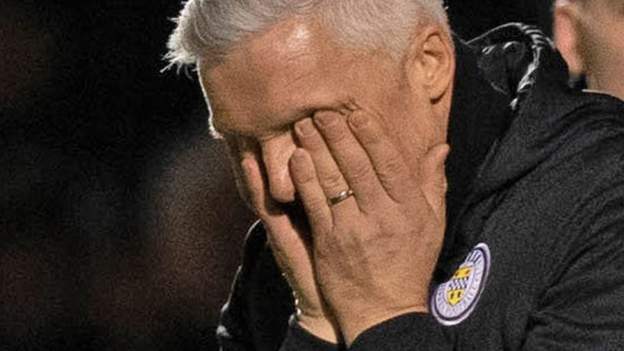 Right-back Devlin brought Livingston level with two minutes left, drilling a shot through a ruck of players from the corner of the penalty area.

And St Mirren were denied a penalty in added time when Harry Panayiotou appeared to commit a handball.

Despite the late setback and a five-match winless run, the now 40-year-old Goodwin’s side climb a point above Hibernian and Aberdeen into sixth place.

Devlin was prominent for Livingston early on, forcing a save from Jak Alnwick then crossing for Cristian Montano to head wide.

St Mirren defender Conor McCarthy hobbled off in the first half to be replaced by Charles Dunne and the visitors continued to enjoy the better of things with Odin Bailey’s awareness and deft touch creating the space to test Alnwick.

Livingston faced a much higher press in the second half and found it more difficult to eek out a chance.

And it was from a set-piece that their next big opportunity came, Bailey’s inswinging delivery finding Montano’s head and Alnwick saving on the bounce.

McGrath looked like he was having a frustrating afternoon when he volleyed wide but that all changed in the 68th minute.

Richard Tait’s progress was halted by Stephane Omeonga in the inside right channel and, from around 25 yards, McGrath lifted the loose ball over Stryjek with plenty of curve on the shot.

Livingston loaded the box in search of parity and, after Alan Forrest had been denied by Alnwick, Devlin was hovering at the edge of the box to strike first time.

And there was more drama at a corner in added time with St Mirren upset Panayiotou was not penalised when his arm connected with Scott Tanser’s cross.

Man of the match – Nicky Devlin

Midfields were congested without much of a focal point in attack and it was only on the odd occasion that players like Bailey threatened to bring the match to life.

Kristian Dennis’ introduction gave the home side more presence in attack just when they needed it and McGrath provided the moment of brilliance they sought.

But Livingston did not give up and were rewarded for their determination with the Devlin goal.

St Mirren manager Jim Goodwin: “The goal from McGrath’s incredible. We’ve just got to see it out. In fairness to Livingston, they ended up with the extra man in the right-hand channel. It’s a brilliant goal [by Devlin].

“[Conor McCarthy’s injury] looks serious. He went up for a header and landed awkwardly on his ankle. The signs aren’t good.”

Livingston manager David Martindale: “It had 0-0 written all over it until Jamie McGrath comes up with a wonder strike and then it was fitting that the captain Nicky Devlin’s come up with our own wonder strike.

“We’re now getting that wee bit of continuity. We’re building relationships on the park, the boys are gelling. The boys showed a tremendous amount of resilience to come back and take something from the game.” 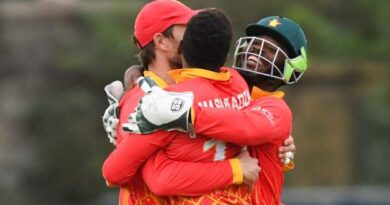