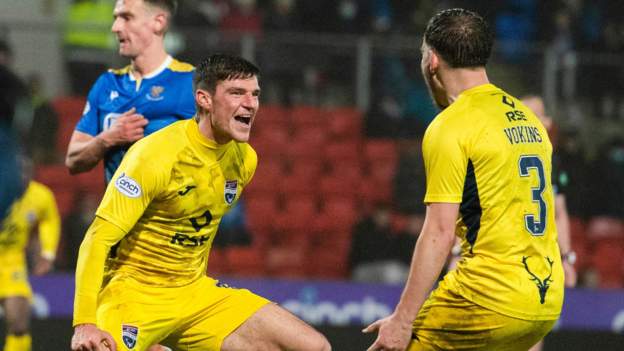 Ross County struck a significant blow in the Scottish Premiership relegation fight after beating St Johnstone to move four points clear of the division’s bottom side.

Ross Callachan’s goal decided the game in Perth, after the County midfielder had missed a first-half penalty in a frantic opening to the contest.

The visitors had led through Regan Charles-Cook’s dinked opener, but that was cancelled out almost immediately by Jacob Butterfield’s speculative deflected effort.

Malky Mackay’s County now sit 10th, having moved above Dundee at the halfway stage of the season.

When it doesn’t rain, it pours for Callum Davidson. Had this game been played three weeks ago – as it was supposed to had it not been for a monsoon in Perthshire – St Johnstone would have only been without their long-term injured.

As a result, the St Johnstone manager made five changes to a side that had lost six on the bounce – and for a very brief moment they found more fight than they have of late.

Following Charles-Cook’s opener – a superb finish when played through by Joseph Hungbo – the home fans could be forgiven for thinking they were in for a long night. After all, their side have not scored this season after going behind.

That trend was soon bucked when Butterfield registered his first goal for his new club, but that was about the best of the home side’s action in the first-half.

The same old story did threaten to play out for Davidson’s men before the break, when Willie Collum pointed to the spot for one of the more obvious handball decisions you’ll see this season.

Hungbo, a menace throughout, curled a free-kick off the hand of Craig Bryson after being felled for the set-piece award. But the scores remained level after Callachan’s stuttering run-up was followed by him leathering the post with his penalty.

Despite a brief period of pressure attacking the visitors’ goal, St Johnstone would succumb to County’s superior attacking play.

Charles-Cook was slipped down the right and Jordan White flashed a header against the post – only for the ball to drop to Callachan six yards out and the midfielder made no mistake at the second time of asking.

Man of the match – Joseph Hungbo

County’s custard-yellow away kit might not be too attractive to the eye, but the football is much better. The side play with a confidence rarely found in a team that have only won three times all season.

Charles-Cook and Hungbo could provide the points that keep County safe this season. The Highlanders look a very exciting outfit when the attacking duo play on either flank. If only they had a striker who could regularly find the back of the net.

St Johnstone have similar failings in front of goal. They scored just their 10th of the term, albeit it was the first time they’ve scored after going behind this season. January is going to be huge for the Perth side.

St Johnstone manager Callum Davidson: “People say we’re not scoring enough goals, but my thoughts are we’re not doing enough on the defensive side to keep teams out.

“I’m really disappointed with how many chances we’ve conceded on the flip-side of the chances we’re creating. There’s an issue there, we need to sort it, I take responsibility for it.”

Ross County manager Malky Mackay: “I thought we were terrific. We could have put the game to bed a little bit earlier – the post, the bar, the penalty miss – but overall I’m delighted with the three points.

“We’re starting to get there, it’s two defeats in nine and that’s to the Old Firm. I’m really proud of the young group. There’s pace, there’s flair, there is steeliness. It’s great that we’re back in the pack again.”

With the winter break kicking off early, both sides have just one more fixture until the three-week hiatus starts. St Johnstone host Celtic on Sunday (12:30 GMT), while County head to the capital to face Hearts (15:00).

Both games will go ahead with a reduced capacity of 500 fans due to Covid-19 regulations. 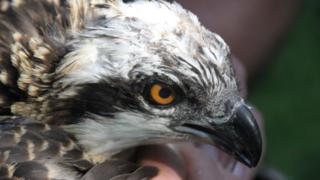 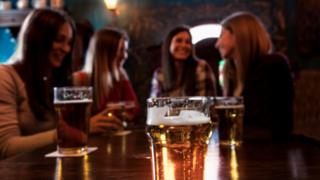 Pub and restaurant customers could be asked for contact details