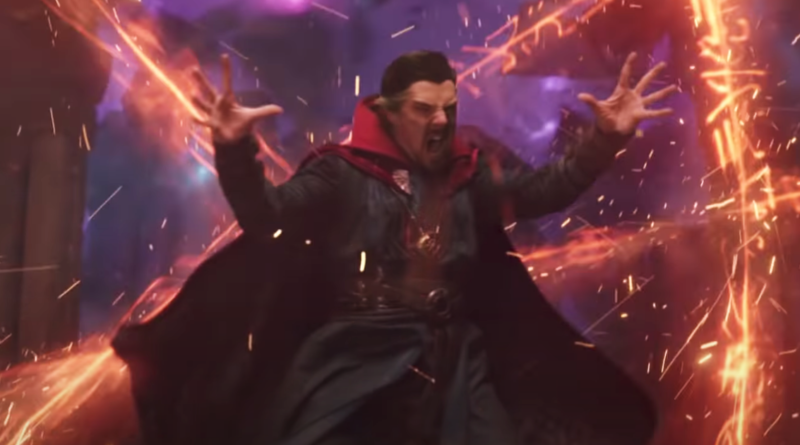 If you’ve watched all the previous Spider-Man movies, recently — well done. You’re going to understand everything that happens in the latest escapade, Spider-Man: No Way Home.

If you haven’t partaken in a Spider-Man marathon, there might be a few details that need solidifying to help you fully understand the latest Spider-Man bonanza.

Here are the answers to every major question you might have after watching Spider-Man: No Way Home.

Who’s J. Jonah Jameson? And where’s he from?

That angry-sounding man making the toothbrush moustache cool again? That’s John Jonah Jameson, played by J.K. Simmons (who’ll you know from his Oscar-winning performance in Whiplash). Jameson first appeared on screen in 2002’s Spider-Man as the publisher of the Daily Bugle newspaper. He hires Peter (Tobey Maguire) as a freelance photographer. In No Way Home’s universe, he (hilariously) hosts TheDailyBugle.net.

Who is that lawyer at the beginning?

That excellent lawyer, who can catch bricks faster than Spidey, is Matt Murdoch, aka Daredevil. Marvel Chief Kevin Feige recently made headlines for confirming Charlie Cox would continue to be the MCU’s Daredevil now and in the future, after his Netflix TV show was canceled following its third season. Many wanted the actor to appear in the MCU as the blind superhero once more, and that wish was granted.

Explain the multiverse in one line?

Basically, when it comes to Marvel, the multiverse is a collection of alternate universes with a similar nature and a universal hierarchy.

What are the backstories of all the villains?

Glad you asked. Let me redirect you to our helpful explainer, right here.

How old are the Spider-Men now?

Maguire’s Peter certainly looks a little more grizzled around the edges (he’s still incredibly buff, obviously), and he talks of “making it work” with his MJ and dealing with back and shoulder pain from all that swinging. Clearly, this is a much older Spider-Man. When we first met Maguire’s iteration, he went to high school in his senior year as a 17-year-old. If we add 20 years to that, Maguire’s Peter is about 37 now. As for Andrew Garfield’s Peter Parker, his Peter was also 17 years old in 2012’s The Amazing Spider-Man. Add 10 and Garfield’s Peter is 27 years old.

Why does Ned have powers?

When Ned (Jacob Batalon) joins Peter in Doctor Strange’s Sanctum Sanctorum, he (half) jokingly reveals that he too has felt like he can feel magical tingles in his fingers. Cut to: Ned picks up Strange’s portal-opening Sling Ring and discovers he can work its magic. Rumors have circled around on-screen Ned later transforming into the Hobgoblin. In the comics, Hobgoblin is a criminal and enemy of Spider-Man with abilities such as super-strength, healing and Green Goblin-esque gadgets. Will movie Ned go down the same path? Luckily, he sincerely informs Peter that he has no plans to go down the route of previous Spider-Man besties in turning against him (looking at you, Harry Osborn).

What happens in the ending?

In the movie, the three Peters adopt numbers, but for the sake of clarity, I’m just going to use the actors’ names. Tom Holland is joined by Tobey Maguire, who faced Willem Dafoe as Norman Osborn (the Green Goblin) in 2002’s Spider-Man, Alfred Molina as Dr. Otto Octavius (Doctor Octopus) in 2004’s Spider-Man 2 and Thomas Haden Church as Flint Marko (The Sandman) in 2007’s Spider-Man 3. The third member of the web slinging trio is Andrew Garfield, who faced Rhys Ifans as the Lizard in 2012’s The Amazing Spider-Man followed by Jamie Foxx as Electro in 2014’s Amazing Spider-Man 2.

With Aunt May dead and the sinister five on the loose, the Peter Parkers develop a series of serums that’ll revert the bad guys to their old human selves. They challenge Green Goblin, Doc Ock, Electro, Lizard and Sandman to a showdown on the Statue of Liberty — and if you’re not grinning your face off when the three Spider-Mans swing into action together, then I don’t know what to tell you.

It’s fitting that the final fight between Holland and Norman Osborn takes place in a smashed model of Captain America’s shield, which was in the process of being fitted to the statue. The shield falling is a symbol for Cap’s principles of justice and decency brought low, and Peter comes close to betraying those principals as he prepares to kill Osborn. Luckily Maguire steps in. He doesn’t even have to say anything for Holland to realize this isn’t what Aunt May would’ve wanted.

During the final fight, Holland, Maguire and Garfield figure out how to co-ordinate and use the serums to cure the bad guys (though that throws up some big questions about consent and the ethics of “fixing” people who don’t want to be fixed). It helps that Doctor Octopus deals with Electro for them, in one of Doc Ock’s various heel turns. Incidentally, Electro is powered by Tony Stark’s arc reactor in the finale, but it’s still funny that even the electricity in the MCU is somehow “better” than in past films. How does that work?

Why does Andrew Garfield catch MJ?

Even though this is an MCU film and Holland is Peter-1 — and the electricity is better — the other Spider-stars still get their share of the limelight. Maguire and Garfield get a whole scene to themselves before meeting Holland. And in the finale they face their own villains, with Garfield having time to reconcile with Electro. “There’s gotta be a black Spider-Man somewhere,” Electro jokes, and of course there is: Miles Morales, seen in the comics and in acclaimed animated movie Into the Spider-Verse.

The most cathartic moment sees MJ hurled from the statue and falling to her doom — until Garfield leaps out and catches her. He tearfully lowers her to the ground, gaining some sort of closure for a similar moment when his beloved Gwen Stacey fell to her death in Amazing Spider-Man 2.

Unlike Maguire and Holland, Garfield never got a third movie, so it’s nice to see him get a fitting send-off here. His films aren’t all that well remembered, so it’s a nice moment when Tobey Maguire tells him he’s amazing. “I needed to hear that,” says Garfield. Awww.

What happens when the bad guys become human again?

If you’re wondering who plays Lizard, it’s Welsh actor Rhys Ifans. Unlike the other stars who reprise their villainous roles, you don’t see much of Ifans in this film and he doesn’t have any lines once he’s human again. This makes me wonder if he was stuck in lockdown or busy filming The King’s Man or something, and the brief shots of his face are lifted from the previous film rather than filmed specially.

What happens when the villains go back?

The villains’ return to their own time line is treated as a happy ending, but what if they’re just returned to the moment from which they came — their deaths? Fingers crossed a serum that makes them human also saves them from being blown up or electrocuted or whatever happened to them at the end of their respective movies.

Things get even more complicated when you factor in the fact that time moved on in some of those earlier films. Osborn died years ago, which affected the events that came later — his death even contributed to Octavius’ origin story as Doctor Octopus.

This sounds like a job for the Time Variance Authority, the cosmic cops established as the guardians of time in TV show Loki. Except they’re probably busy, seeing as the multiverses are unleashed (see the post-credits scene and forthcoming movie Doctor Strange in the Multiverse of Madness for more on that).

How does the forgetting spell work?

Once the action is over, Peter visits the coffee shop where MJ works and Ned hangs out. Neither recognizes him. Dr Strange’s spell has worked, and everybody has forgotten poor Peter Parker.

The forgetful spell throws up a bunch of questions, however. Happy and MJ don’t know Peter, which means they’ve forgotten the connection between Peter and Spider-Man. But Spider-Man still exists, which means that time hasn’t been affected. So what about the events of this and previous Spider-movies? Does MJ remember being in the Statue of Liberty battle, where she cut her head? Why does she think she was there? How does Happy think he met Aunt May? What do they see in their minds when they think about Spider-Man?

And if those events still happened, what about the news reports naming Parker? Have all those news reports and tweets just been wiped?

And if no one knows Peter Parker, or ever knew him, what does that mean for his life? Does he have a Social Security number? Hopefully this’ll be cleared up in the next film, Spider-Man Tries to Get a Driver’s License.

Of course, that isn’t quite the end, check out our explainer for the scoop on the mid-credits and post-credits scenes.

Who are those figures coming through the rift?

It’s difficult to tell who these obscured figures are, but at least one of them is clearly the Rhino, who was played by Paul Giamatti in The Amazing Spider-Man 2. Given Strange explains the people who come through the rift all know Peter Parker, the other figures are likely alternative versions of Spider-Man characters from the movies or new ones that reference the comics. 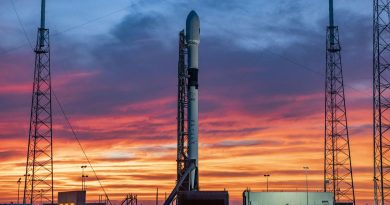 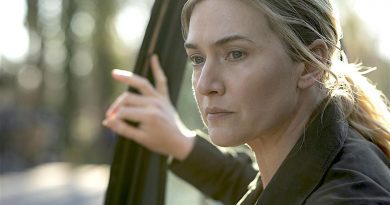 Mare of Easttown ending explained and all your questions answered 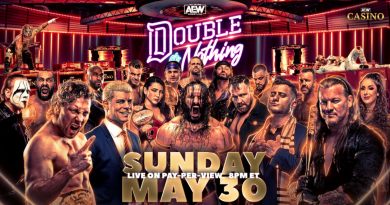