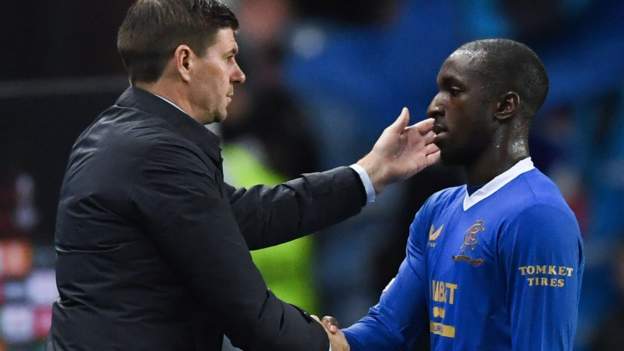 The match will be played in front of 10,000 children after Uefa relented on a stadium closure following racist chanting by Sparta fans towards Monaco’s Aurelien Tchouameni.

Midfielder Kamara was racially abused in a Europa League last-16 tie by Slavia’s Ondrej Kudela, with the Czech given a 10-game ban.

Kamara received a three-game suspension for assaulting Kudela post-match, while Rangers striker Kemar Roofe was banned for four matches after his challenge fractured the skull of goalkeeper Ondrej Kolar.

“I’ve spoken to the majority my players about the game,” said Gerrard.

“Glen and Kemar, who were affected from the last game, are in a good place, both looking forward and wanting to come and put a good performance in for the team.

“There’s no apprehension as far as I’m concerned. I’ve had assurances everything is going to be fine.”

Both sides are seeking their first win in Group A after Rangers opened with a 2-0 home defeat by Lyon while Sparta drew 0-0 with Brondby in Copenhagen.

“We’re well aware we haven’t got off to the best of starts,” said Gerrard. “The plan is to go and try and win the game.

“But if we can’t find that performance or result it’s important we take something because, if not, the group becomes more complicated.”

Sparta’s star striker, Lukas Julis, who scored five goals against Celtic in the Europa League group stages last season, is ruled out with a groin injury.

The hosts will also be without winger Ladislav Krejci, left-back Casper Hojer and midfielder Borek Dockal.

Teenage forward Adam Hlozek is set to be handed a start as the central striker, with support on the flanks provided by wingers David Moberg Karlsson and Jakub Pesek.

Rangers have no fresh injury worries. Midfielder Scott Arfield returns to the squad after missing the weekend Premiership win over Dundee, while defender Stephen Kelly and goalkeeper Robby McCrorie are also added to the travelling party.

What do we know about Sparta Prague?

The Czech side thrashed Celtic 4-1 home and away in last season’s Europa League groups, but still missed out on the knockout stage.

Having finished runners-up to Slavia in the Czech top flight, they are currently third and were hammered 5-1 on aggregate by Monaco in Champions League qualifying.

Sparta Prague defender Ondrej Celustka: “We managed the matches with Celtic, but the year is a long time and every match is different. Rangers are first in the table, they concede few goals.

“We certainly do not expect anything simple and we do not intend to assume that we are doing well against the Scots. Rangers are a successful Scottish team, we expect it to be a very unpleasant and aggressive opponent – we have to deal with their style.”

Rangers midfielder Joe Aribo: “We only have one job to do and this is to perform, we are not focused on who will or will not be in the stadium.

“The manager ensures we block out any distractions and purely focus on the match. We need to show composure in these games against strong teams who can hurt us.” 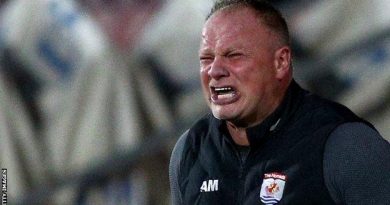