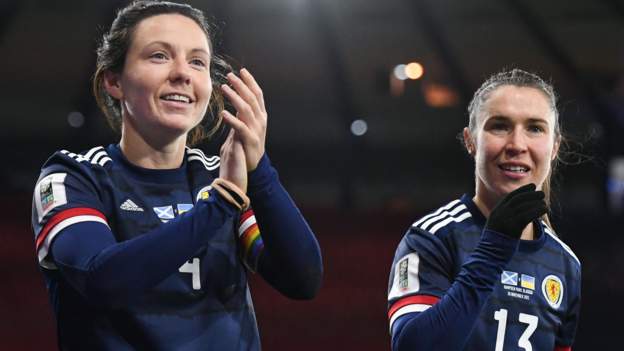 Spain top Group B with four wins, 35 goals scored and none conceded.

“We’ll have to play our best match so far and be at our highest level in all aspects of our game,” said Martinez Losa.

“If we do that, joined with the spirit and character of the team, and some little tactical details in our preparation, we’ll find opportunities to be competitive. The first responsibility is taking pride in representing your country.”

Spain are ranked 10th in the world, 12 places above Scotland, and have been ruthless in the campaign, smashing 12 and 10 past the Faroe Islands home and away, beating Hungary by seven and Ukraine by six – both on their travels.

That stretches the hosts’ winning run to 15 matches, all with clean sheets.

Martinez Losa said there was “extra motivation” for him against his homeland, while stressing Spain and Scotland are “in different moments of development”.

“It’s true that they’re on a run of wins and a series of performances at a good level,” he said. “In a one-off game, we’re going to try to compete, so we don’t feel there’s a gap in that sense. Spain still has to prove that their style can be translated into winning trophies and achieving things.”

Experienced duo Jennifer Beattie and Claire Emslie have dropped out of the squad since the draw with Ukraine, while Manchester United trio Kirsty Smith, Kirsty Hanson and Martha Thomas withdrew prior to that game at Hampden.

Abi Harrison, who scored the late equaliser in Glasgow, was called up last week, along with Lana Clelland, Lizzie Arnot and Amy Muir, while Tegan Bowie, Kelly Clark and Leah Eddie have now been drafted in as well.

Glasgow City goalkeeper Lee Alexander accepts she may well be busy in Seville but is urging her team-mates to “get right in the faces” of Spain.

“We know that we haven’t performed in the way we would have liked in the last few games,” she said.

“We have a really good group of girls who’ve been together for a while and we just really need to start putting that into proper performances. We’ve been getting the points on the board but it’s going to be a huge task (against Spain). We know how good they are.

“They can hurt us but, equally, we can hurt them so we just need to go out and make sure we’re competitive, get right in their faces and show what we can do.”

The nations last met at Euro 2017 with Scotland winning 1-0 but on that occasion a two-goal margin was required to progress from the group phase.

Scotland’s last visit to Spain was a gut-wrenching Euro 2013 play-off defeat, with the decisive goal coming in the dying throes of extra-time. 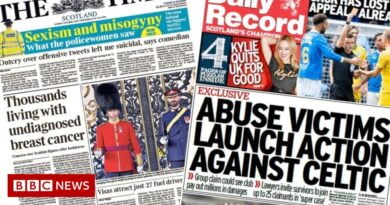