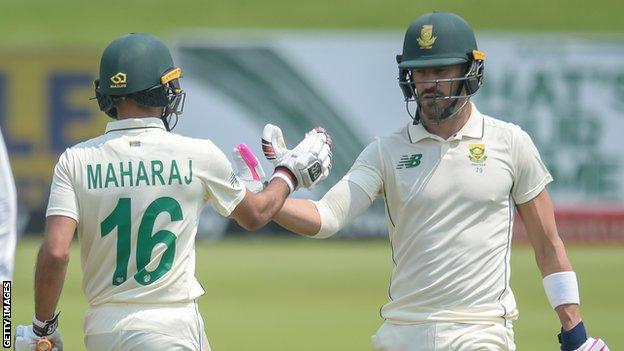 The former captain amassed 199 from 276 balls in Centurion before he miscued a drive to mid-on as he tried to hit Wanindu Hasaranga over the top.

Sri Lanka had four bowling options off the field with injuries at one stage and the hosts made 621 – a lead of 225.

Dinesh Chandimal, who ended the day unbeaten on 21 alongside Kusal Perera on 33, had to be driven to the dressing room on a buggy after seeming to injure a leg completing a single off the last ball of the day.

Sri Lanka were already without spin-bowling all-rounder Dhananjaya da Silva, who tore a thigh muscle while batting on day one, and seamer Kasun Rajitha, who limped off with a groin injury in his third over on day two.

On Monday, seamer Lahiru Kumara left the field mid-over clutching his groin and leg-spinner Hasaranga injured a leg while diving on the boundary edge.

Debutant Hasaranga returned to claim claimed the wicket of Du Plessis to finish with 4-171.

Du Plessis, playing his first Test since standing down as captain, shared stands of 179 with Temba Bavuma, who scored 71, and 133 with Keshav Maharaj, who made a Test-best 73.

The sides play one more Test starting on 3 January, before Sri Lanka host a two-Test series against England beginning on 14 January. 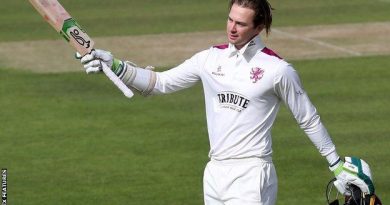 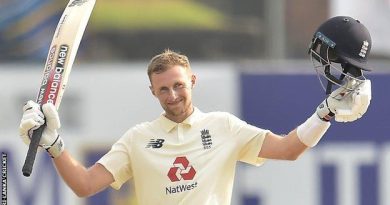 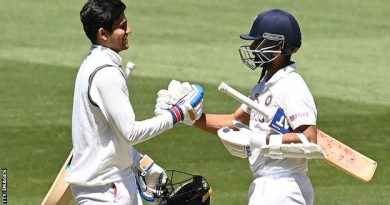