South Africa say their decision not to take a knee before matches in the upcoming series against England has been taken “unanimously” as a team.

The Proteas will wear black armbands as part of a period of national mourning for victims of gender-based violence and the coronavirus pandemic.

“Our decision does not indicate we do not care about racism, racial equality, or justice,” said a statement.

“Now, more than ever, we are committed to this work.”

The first of three Twenty20 internationals is on Friday, with a three-match one-day international series following in December.

The Proteas statement continued: “As a team, we have unanimously chosen not to take the knee at the upcoming matches, but to continue to work together in our personal, team and public spaces to dismantle racism.

“This decision was taken by the team collectively, after deep dialogue and attentive consideration. This is not a decision compelled on us by either our management or our coaches.”

A number of sports teams and individuals have taken the knee in support of the Black Lives Matter movement – England did so during some of their matches in the home summer.

In the 3Team Cricket exhibition match held in South Africa in July, players and officials made the gesture.

“Over the last six months, the Proteas team has engaged with honesty, empathy and vulnerability in exploring together what anti-racism work looks like and why this work matters so profoundly in this cultural moment,” said the statement.

“Together, we are exploring the significance of taking the knee and a raised fist in the air as symbols of protest, and how and why these have spread globally as well as their significance in the South African context.”

South Africa were excluded from international cricket from 1970 until 1991 because of apartheid.

“Our first job is to play cricket for the country but we are also citizens of this country,” added the statement.

“The Proteas team is a community within the wider community of South Africa. The conversations that are happening in the country as a whole are conversations we must be engaging with as a team. 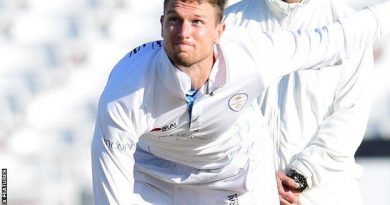 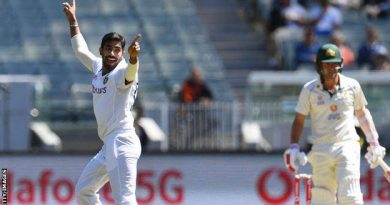 India in Australia: Jasprit Bumrah – the story behind the bowling sensation 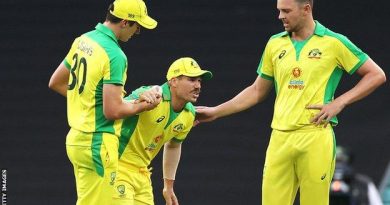