The club investigated two tweets, sent in 2012 when the now 36-year-old played for Northamptonshire, as well as calling Cheteshwar Pujara ‘Steve’ when they were both at Yorkshire.

In a statement, Somerset said he was “embarrassed and devastated that his comments offended people”.

“He has acknowledged that, whilst they were made nearly a decade ago when he was less mature, the content of the posts was wrong and not in accordance with his personal values,” the statement added.

“Jack has engaged honestly and openly throughout the investigation and unreservedly apologises for his past errors.

“Before arriving at conclusions, the club considered a number of factors including no evidence of repeated documented behaviour of this kind, the contrition shown by Jack throughout the process, feedback received from recipients of the social media posts, and his commitment to his own personal development.

“Given these considerations, the club has decided to reprimand Jack, remind him of his responsibilities and require him to participate in extensive training on equality, diversity and inclusivity.”

Mikel Arteta: Arsenal manager says he has recovered from coronavirus 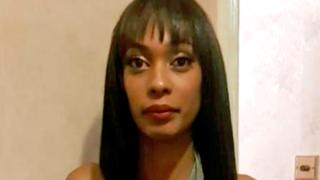