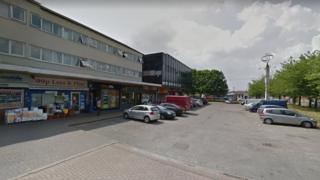 A 20-year-old man has been stabbed to death at a shopping centre.

Police were called to West Cross Shopping Centre in Smethwick, West Midlands, at about 16:40 BST.

The man had suffered knife injuries and died before he could be taken to hospital in an air ambulance.

West Midlands Police urged people not to share mobile phone footage circulating on social media which shows a man falling to the floor after being struck in the chest.

The force has launched a murder investigation and there have been no arrests.

“Our thoughts go out to the family of the young man who has lost his life and we’re working to establish the circumstances around his death,” said Det Insp Laura Harrison.

“I am aware of mobile footage circulating on social media and would urge people to please not share this and instead to get in touch with my team.

“This can be extremely distressing for family and friends.”

Police asked for anyone with information or footage – from a mobile phone or dashcam – to get in touch with officers as soon as possible “as this could assist us as our investigations continue”. 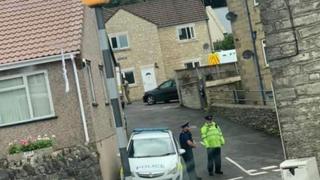 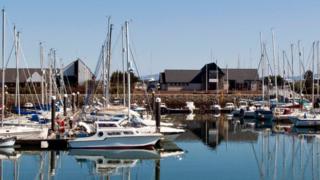 Covid in Scotland: What's the state of the epidemic?