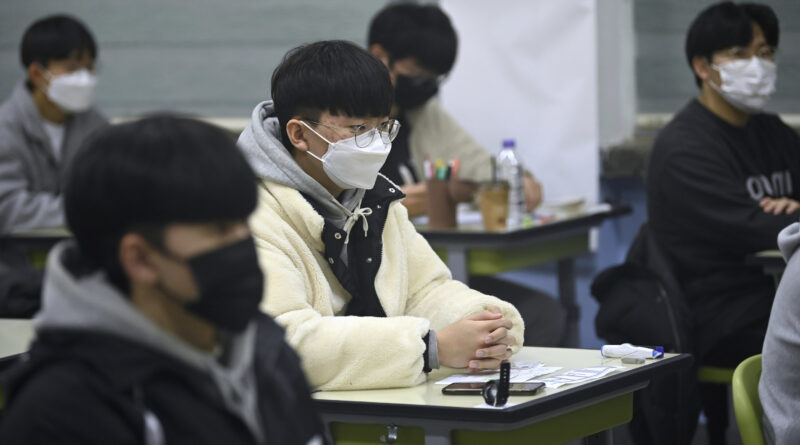 South Korea reported its biggest daily jump in coronavirus infections since the start of the pandemic as hundreds of thousands of masked students flocked to schools on Thursday for the country’s highly competitive college entrance exam amid growing concerns about the delta-driven spread.

About 509,000 students were taking the one-day exam at 1,395 sites across the nation, including hospitals and shelters.

The annual exam, called “Suneung,” or the College Scholastic Ability Test, is crucial in the education-obsessed country, where careers, social standings and even marriage prospects greatly depend on which university a person attends.

Students were required to have their temperatures taken before entering classrooms, and those with fevers were sent to separate testing areas. The Education Ministry said that 68 infected students and 105 others in self-quarantine took the hours-long test in isolation.

The 3,292 new cases reported by the Korea Disease Control and Prevention Agency on Thursday marked the second straight day of over 3,000 cases. The agency said 29 patients died in the past 24 hours, bringing the death toll to 3,187, while 506 others were in serious or critical condition.

To reduce noise, transportation authorities were planning to temporarily stop landings and departures of planes at airports during the English-listening part of the test. Government offices and private companies had their employees come in late, and the country’s stock market delayed its opening by an hour to clear roads for test-takers.

“(Students) weren’t given proper classes (because of COVID-19) and I often saw my child worrying much and struggling,” said Seo Kwang-sun, a mother of a test-taker in Seoul.

While schools have been alternating between on-and-offline classes, the Education Ministry had planned a full return to classrooms starting next week to help reduce education gaps and align with the government’s virus strategies.

Officials eased social distancing rules starting this month in what they described as the first step toward restoring some pre-pandemic normalcy. In allowing larger social gatherings and longer indoor dining hours at restaurants, officials cited concerns about the pandemic’s impact on the economy and expressed hope that improving vaccination rates would keep hospitalizations and deaths down even if the virus continues to spread.

But there has been a rise in serious cases and fatalities among older people who rejected vaccines or whose immunities waned after being injected early in the mass immunization campaign that started in late February, prompting questions about whether the decision to loosen virus restrictions was premature.

So far, officials have issued no plans to re-impose stricter social distancing measures or postpone a full reopening of schools. 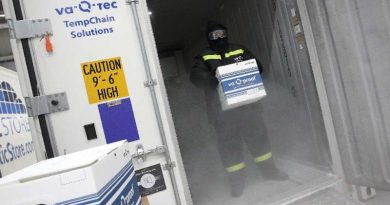 German firm’s super-coolers to send vaccines around the world 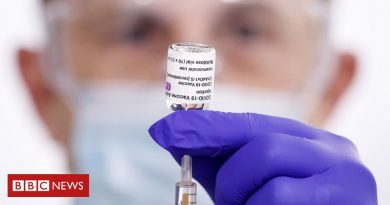