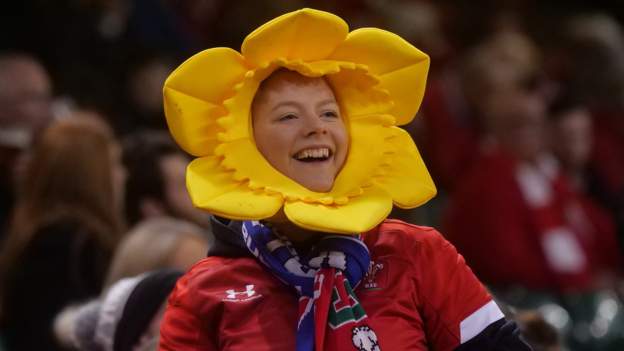 Phillips says there is now “a race against time” to prepare for Scotland’s visit to Cardiff on 12 February.

Restrictions will be lifted across Wales over the next fortnight as the country moves to alert level zero.

Outdoor events will be able to operate at full capacity from 21 January with indoor events resuming without restrictions from Friday, 28 January.

‘We looked at Twickenham’

The WRU estimates it would have lost around £6.5 million if they had been forced to stage the Scotland match behind closed doors.

Businesses in Cardiff also warned a Six Nations without fans would be “financially devastating.”

“We’re delighted that full crowds can return for the Six Nations in Wales,” Phillips said. “The difference a crowd makes to performance on the field is immeasurable.

“Having watched the Six Nations 2021 tournament without crowds, the recent update from Welsh government is hugely encouraging.

“This decision from Welsh government has come at the right time for Welsh rugby, not just at international level but for the whole of the professional game and for our community clubs.”

Phillips now expects a surge for Six Nations tickets with games that would usually be sold out still having availability.

“We all want to see capacity crowds at all three games but, because of the pandemic, we are now in a race against time to achieve what would usually come naturally; this is especially the case for the match against Scotland given its proximity,” he added.

“It’s no secret that supporters have been waiting to see what would happen with restrictions, but the hugely positive news today should kickstart a fresh surge for tickets.”

However, Phillips says the WRU was right to consider all available options, including potentially moving games to England.

“It would be remiss in my job not to look at those things,” he said. “When the government announcements were made just before Christmas we spoke to venues in London [about the Scotland game].

“We ended up probably focused more towards Twickenham, the kind of rugby family looking after itself.

“On the basis they were playing that away weekend, if we had ever got there that option would have been available to us.

“I had a couple of high-level conversations with the RFU (Rugby Football Union) chief executive Bill Sweeney, who I am very tight with.”

Phillips admitted there would have been a moral issue in taking Welsh fans to an English venue in large numbers.

“It is something I wrestled with for a while. It was my job to. It is balancing my fiscal concerns and if we had not had that certainty and what it would have meant to everybody,” he added.

“I am pleased I was not put in that position but on balance given our relationship with Welsh government, I probably would not have gone there.”

Financial support for clubs and venues

The lifting of Covid restrictions in Wales means rugby regions and football clubs can also now plan for fans returning.

Cardiff City, Swansea City, Newport County and Wrexham will all be able to have fans in attendance from next weekend, though Swansea are the only side with a home fixture on Saturday, 22 January, when Preston North End visit in the Championship.

Scarlets will be able to welcome back fans for their European Champions Cup home tie against Bristol on Saturday, 22 January.

Welsh economy minister Vaughan Gething previously announced a £3m fund will be in place to “support” clubs and venues affected by restrictions.

Scarlets chairman Simon Muderack says the region are yet to receive any money.

“We’ve been offered financial support for the loss of crowds over the Christmas period,” he told BBC Sport Wales.

“We’re yet to work through the final detail of that and receive funds, which we’ll hopefully be able to do shortly.

“So we’ll know whether that support is sufficient enough for the losses that we will have incurred.”

Muderack feels the Welsh government might have to increase the £3m figure that has been mentioned.

“The Welsh government guidance to us has been ‘put your claim in’,” he added

“We will find out over the course of time that that needs to be in fairly short order and where that sits within the other requests that have come in, and against the £3m that’s been announced and what that means for us in terms of what we are able to receive from the government.

“I think the government have also made it clear to us that [it is] put the requests in, let’s tally them up and there might be an opportunity to consider the top line £3m figure.”

Wales’ football clubs will no longer be at what Newport County assistant manager Wayne Hatswell described as a “competitive disadvantage”, with fans allowed to attend games again, as they are in England.

“I do think we missed them in our last game [against Salford], it is a factor,” Hatswell said.

“It was a worry for everybody when the crowds were stopped coming in,” Wrexham boss Phil Parkinson said.

“The period behind closed doors, everyone had had enough of that really, football is not the same without the supporters.

“We are all very pleased. There is nothing like a matchday turning up at the Racecourse with a packed stadium and embracing that atmosphere.”

Swansea will be able to welcome fans back for their Championship match with Preston and boss Russell Martin says that will make a big difference to the players.

“I find it really difficult and nowhere near as enjoyable, and I think it’s the same for the players.

“They feed off that atmosphere, take energy from it.” 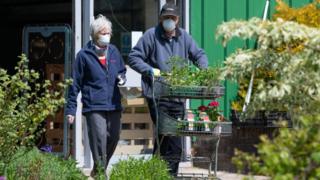 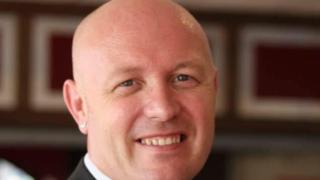