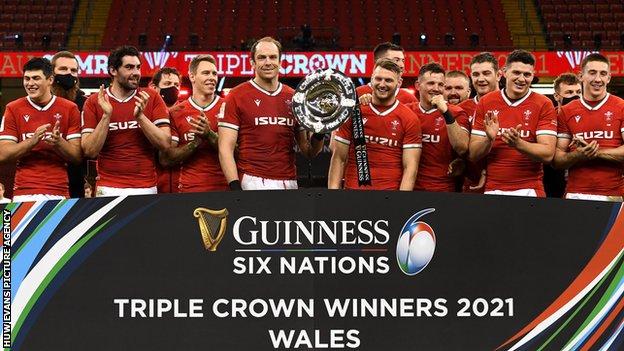 In the strangest of years, we have had perhaps the most surreal Six Nations championship so far – a tale of the unexpected in so many ways.

Prior to the tournament, no crowds were a given, a Covid-19 outbreak somewhere anticipated, but a Wales Triple Crown was not predicted by many.

That is what has occurred with Wales defeating Ireland, Scotland and now England to top the table after the halfway stage.

With the virus outbreak in the French camp and the postponement of their game against Scotland this weekend, how this wonderfully weird tournament will end is still to be decided.

Wales fans will hope it concludes with a second Grand Slam in three tournaments. Who would have said that a month ago?

Questions are being raised about whether this could prove to be the luckiest Triple Crown in history.

Even the most ardent Wales fan will have to acknowledge their side have benefitted from the bounce of the ball, opposite indiscipline and stray opposition elbows and forearms.

And of course, now Wales’ most favourite French referee in Pascal Gauzere.

Wales defeated Ireland and Scotland with their opponents reduced to 14 men and against England they profited from two controversial first-half tries that will be debated for weeks, months and even years to come.

Wales captain Alun Wyn Jones admitted afterwards things had fallen their way but it is too simplistic to just put three wins down to ‘Lady Luck’.

Unexpected events happen in sport. It’s about how you react and adapt. Wales have proved superior to their opponents in this facet.

Just look at the match facts. Ten tries in three Six Nations matches. Three wins, two bonus points and a record 40 points against England. That is not all just down to the benevolence of fate.

While Wales have not been squeaky clean, their discipline has been a cut above those opposing them.

So it is not lucky that Wales have finished games strongly. The perfect example being locked at 24-24 with England after 67 minutes before outscoring the Red Rose by 16 points in the “championship minutes”, as Eddie Jones likes to call them.

It was not fortunate Wales wrestled the momentum from England just as they did two years ago in their 21-13 victory.

It is not lucky Justin Tipuric and Owen Watkin produced match-saving tackles against Ireland and Scotland respectively, or that Louis Rees-Zammit inspired victory at Murrayfield with a stunning solo try.

That is character, class and being clinical. Not just leaving everything to fortune.

Wayne Pivac deserves a special mention after a poor 2020 saw him lose seven out of 10 games in his first full year in charge.

It was always going to be testing for the New Zealander to follow compatriot Warren Gatland, whose 12 years in charge yielded three Grand Slams, four Six Nations titles and two World Cup semi-finals.

Not many gave Pivac a chance of success in the 2021 tournament. With a break clause at the end of the season in his four-year contract, questions were raised about whether he would see the side through to the 2023 World Cup in France.

Now he has won three matches and is more than halfway to a Grand Slam.

In adversity, Pivac has remained dignified answering questions about his future. In success, he has been modest in his role in helping turning around fortunes by laying the praise with his players.

More importantly, his on-the-field decisions have laid the foundations for the timely turnaround.

Choices like bringing George North into the centre from the wing and preferring Kieran Hardy to Gareth Davies to start at scrum-half against England have been vindicated.

Two weeks later against England, the players off the bench again provided a crucial intervention and were introduced at the right time.

Sheedy again made an indelible impression with a 13-point second-half haul as he proved his international goal-kicking credentials, while Elliot Dee and Cory Hill typified the inspirational impetus England could not handle.

Selection and substitutes were important in Gatland’s success. It is still early days but Pivac is beginning to show he has similar traits.

While Pivac deserves credit, so do his senior players.

Following the dismal 2020 campaign and three years ahead of a World Cup, was a changing of the guard needed with regards to the Wales 30-something brigade?

Three months on, those experienced campaigners have played a pivotal part in the Triple Crown success.

Captain Alun Wyn Jones (35), Ken Owens (34), Dan Biggar (31), Justin Tipuric (31) and the remarkable Taulupe Faletau (30) have demonstrated there is no substitute for street-wise experience. Tipuric (55), Faletau (53) and Jones (49) are top of the Six Nations tackle statistics.

Wales fielded their most capped starting side against England with more than 900 caps between them and Pivac himself stressed the importance of the older guard.

“We talk a lot about Alun Wyn and everything that is said is very accurate,” said Pivac.

“The young guys are hanging off every word. He’s one of many senior players that we have in the group that are really stepping up in training sessions and team meetings.

Not many took his prediction too seriously, putting it down to the friendly blind optimism associated with one of Wales’ most infectious and positive characters.

Turns out though Mr Quinnell might be onto something. Victories in scheduled away trips to Rome and then Paris in March would provide a stunning Six Nations clean sweep.

Some of that journey will be in Wales’ hands, other aspects will not. Complacency will be the main issue against an Italy side who have now lost 30 successive Six Nations games.

Lifting performance levels against France will be the challenge if Wales are to complete their tournament clean sweep in the French capital for the first time in 50 years.

Fabien Galthie’s side are the only other unbeaten team in the tournament but have played a game less after this weekend’s match against Scotland was postponed because of that Covid-19 outbreak in Les Bleus camp.

The final fixture against Wales was designed to bring the tournament and “Super Saturday” on March 20 to a spectacular conclusion. We await to see if that remains the case and if France stay in the tournament.

Despite what happens with rescheduled fixtures and France’s future, Wales will hope they can control their own Grand Slam destiny with two more victories. 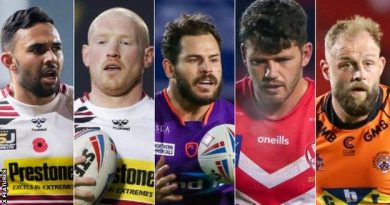 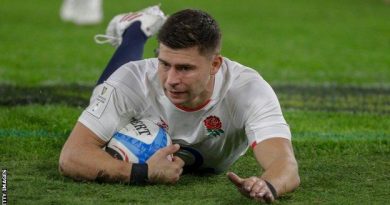