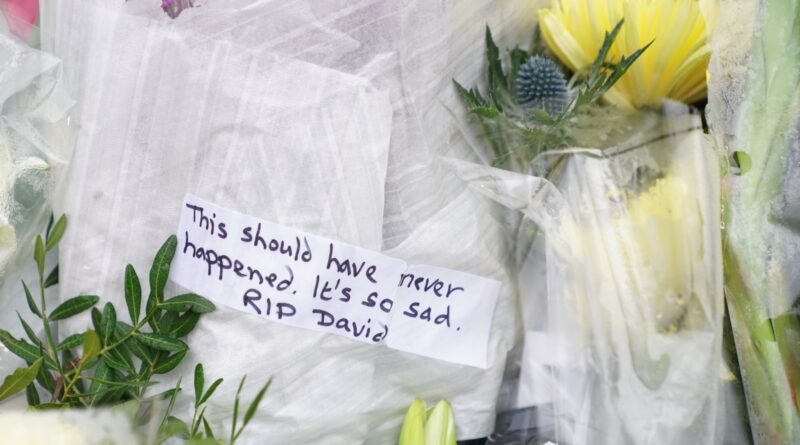 MPs could be given police protection while they carry out constituency surgeries, the Home Secretary has told Sky News.

Speaking to Trevor Phillips on Sunday, Priti Patel said the measure was under consideration in the wake of the killing of Conservative MP Sir David Amess.

Should more be done to protect MPs?

The Southend West MP was stabbed multiple times at a constituency surgery in Leigh-on-Sea, Essex on Friday afternoon.

His death has sparked a debate about MPs’ safety and if more should be done to protect them.

Ms Patel said “immediate” security changes are being offered to MPs after the killing, but she said she did not think it should change the nature of the relationship between MPs and constituencies.

And Ms Patel did not rule out banning anonymity on social media in a bid to tackle “relentless” online abuse, declaring: “We can’t carry on like this.”

She said many MPs would be “reflecting” upon their own constituency interactions and safety in the wake of Sir David’s killing.

“I’ve been a member of parliament for just over 10 years and we are part of the fabric, the DNA of society, our democracy, freedom, the chance for people to engage with us,” Ms Patel told Trevor Phillips on Sunday.

“But what I would say is that a lot has changed.”

The home secretary added that the murder of Labour MP Jo Cox in 2016 was an “intensive period” for MPs and the focus it threw on their own safety, saying: “We have all changed our ways of working because of changing concerns, threats in society.”

But she added: “This should never ever break that link between an elected representative and their democratic role, responsibility and duty to the people who elected them.”

Asked if MPs could get the kind of close protection that they receive in Westminster, the home secretary said: “All these issues and options are in consideration right now.”

She said Commons Speaker Sir Lindsay Hoyle had already taken a “range of measures” since Friday, but added: “Within that there are other options that are being considered, such as when you hold your surgeries could you have officers or some kind of protection while you’re holding your surgery?

“Now it’s not for me to determine the mechanism for that right now but there are discussions under way right now looking at a whole spectrum.

“That’s only one example, and there are others as well that are actively under consideration right now.”

Asked if airport-style security could be introduced for constituency surgeries, she replied: “That would be with the police and the House authorities. There are lots of things under consideration already.”

Ms Patel said action was “not necessarily about new resources”, but added: “We will do absolutely everything to – for me and for the government – this is about safeguarding our democracy and enabling our elected representatives to carry on doing what they do, serving the public.” 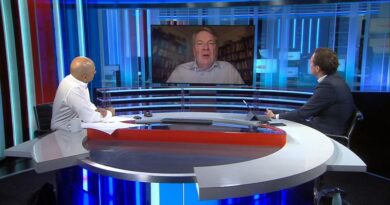