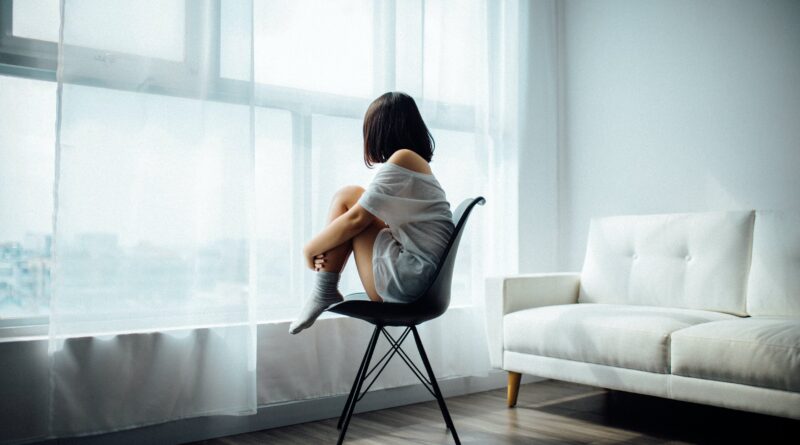 As the fall season comes and gloomy weather rolls in, so do the feelings of sadness and fatigue for many. One Sacramento area clinical psychologist said she gets more calls—and an increase in reported depression symptoms—this time of year.

According to non-profit Mental Health America, seasonal depression usually occurs as the seasons change and typically begins in the fall and continues into the winter months.

About 5% of American adults experience seasonal depression, also known as seasonal affective disorder or S.A.D, and it usually lasts about 40% of the year, according to the American Psychiatric Association. .

“SAD is more than just ‘winter blues.’ The symptoms can be distressing and overwhelming and can interfere with daily functioning,” the organization wrote. .

“Some of my clients have reported an increase in depression symptoms,” said Dr. Shacunda Rodgers, a clinical psychologist in the Sacramento area. “There are other kinds of stressors, but I’ve noticed a trend in general that as fall and winter approach, I tend to get more calls versus in the spring and summer.”

S.A.D. can occur in the summertime too, however at a lower percentage. According to a Time report, around 1% of the U.S. population experiences seasonal depression in the summer.

Specific causes of seasonal depression haven’t been pinpointed yet, according to Mayo Clinic.

But with daylight saving time ending in early November, the change in the amount of sunlight during the day is a potential factor.

“This decrease in sunlight may disrupt your body’s internal clock and lead to feelings of depression,” it said on its website.

Reduced sunlight and the change in season can cause a drop in serotonin levels—which affect mood—and impact melatonin levels, important for sleep patterns, in the body.

Rodgers, the Sacramento area clinical psychologist, said the fall and winter months can also evoke grief for some because of the holidays.

“Sometimes people’s grief is more activated around this time, simply, because you know, they’ll have to go through this holiday without that loved one,” she said.

Rodgers said that some people may also have difficulty with this time of year because of complications with family relationships.

Kimberly Miller, a practicing neuropsychologist and owner of Health Mind Sacramento Psychological Services, said that people who have prior depression or tendencies to have depression symptoms are likely to experience S.A.D.

“They might find themselves dealing with listless or low energy or just wanting to sleep more,” Miller said, adding that these are symptoms of depression.

According to the Mayo Clinic, S.A.D. is also common among individuals who live further north or south of the equator due to less sunlight exposure in these areas in the winter and longer days in the summer.

People get vitamin D from sunlight, she explained, which affects the chemicals in the brain that are related to mood.

Seasonal affective disorder symptoms range from difficulty concentrating, to changes in appetite and depressed mood, according to the American Psychiatric Association.

It may also include thoughts of death or suicide, changes in sleep and feelings of guilt.

Miller said that low or negative moods, loss of interest and lack of motivation are also major signs of depression.

How to treat seasonal affective disorder

There are various ways people can treat their seasonal depression. The Mayo Clinic said that if you notice you’re feeling sad for longer periods, have lack of motivation and your sleep and eating patterns have changed, you should contact your doctor.

One way individuals can help seasonal mood changes due to loss of sunlight is to use light therapy, which is artificial light that mimics outdoor sunlight. You just need to sit or work near what’s called a light therapy box.

She also advised people to exercise.

“Exercise has been shown to be as powerful as taking an antidepressant medication, in terms of its ability to improve people’s mood,” she said. “If you could exercise outside while it’s nice, that would also be helpful in terms of getting that vitamin D in you.”

Each individual is different. You should talk to your doctor for the best treatment options.

You can also call the Substance Abuse and Mental Health Services Administration at 1-800-662-HELP (4357).

If you have feelings of suicide, call the National Suicide Prevention Hotline at 800-273-8255.

After clocks ‘Fall back’ this weekend, watch out for seasonal mood changes

Method makes it easier to research risk factors during pregnancy

The Best Bedtime for Your Heart