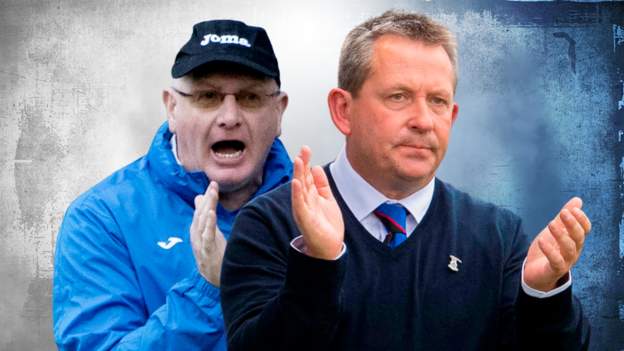 A rookie manager leading the table and big names battling at both ends of the table – something special is brewing in the Scottish Championship.

Saturday’s fixtures pit the league leaders Inverness Caledonian Thistle against their nearest challengers while Kilmarnock and Hamilton Academical – both relegated last season – meet for the second time this term with contrasting outlooks.

Is this second-tier campaign shaping up to be a classic?

Big hitters set their stall out

Only one of the previous six seasons in the Championship has finished with a gap of less than 10 points between first and second. Right now the jump from first to fifth is half that.

Killie started the season favourites but have been out of form as of late, leaving them level on points with Raith in second.

With first-time manager Billy Dodds at the helm, Inverness are five points clear off the pair, with just one defeat in nine.

Partick Thistle’s return to the league after a season in League 1 started turbulently with four defeats in seven but back-to-back wins – including a 6-1 demolition of Hamilton last time out – has them poised to challenge at the league’s summit.

“There isn’t one team that are by far and away better than the rest,” Thistle defender Richard Foster told BBC Scotland. “The strength of the Premiership has filtered down into the Championship, there is no one team that are runaway favourites. That’s made it really competitive and very exciting.”

The race for promotion does not stop there, though. Under the stewardship of wily old fox Dick Campbell, can Arbroath fans dare to dream?

Kilmarnock were lucky to leave Gayfield with a point, while Campbell’s side, who are level on points with Thistle, beat the Firhill club 3-1 and trounced Hamilton 4-0. 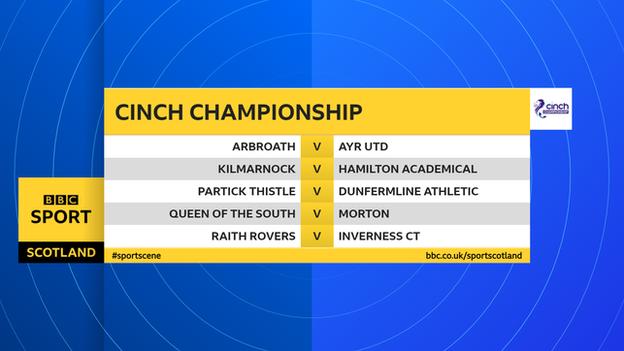 Race to beat the drop?

At the wrong end of the table there’s one story being talked about a lot – Peter Grant’s Dunfermline.

A draw away to Kilmarnock last time out lifted the mood but the cloud hanging over Grant could quickly re-appear with their next three fixtures against Thistle, Raith Rovers and Arbroath.

Greenock Morton sit one point clear of the Pars at the bottom. Their only win came way back on matchday two, they have the second worst goal haul in the division and are winless in their past seven league outings. Morton found themselves in last season’s relegation play-off and they’re beginning to drift towards the same fate again.

Ayr United, Hamilton and Queen of the South are by no means comfortable either. Hamilton are only a point above Morton, with Queens just a point better off than them. 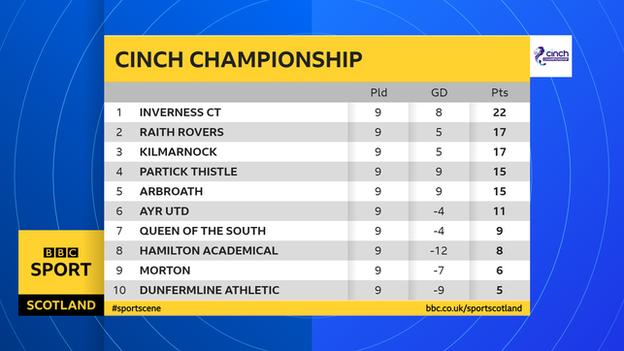 The next round of Scottish Championship fixtures might just be the best combination of matches thrown up yet.

Arboath host Ayr with fifth playing sixth, and the former will be looking to close the gap to a point on Campbell’s side, or his side themselves may be eyeing a chance to break in to the play-off spots should other results go their way.

Killie’s opponents Accies could find themselves joint bottom of the league should results not favour them this weekend. Dunfermline are away to Ian McCall’s prolific Thistle, who have scored 10 goals in their past two league games alone.

Morton travel to Dumfries to face Queens and could be bottom if they lose and Dunfermline get a first win.

Missing anything? Ah yes, there’s the small matter of Inverness Caley Thistle’s trip down the A9 to face Raith in a top-of-the-table tie.

Here’s to a fascinating Saturday.

Scottish Premiership: Watch all the goals across the weekend's five matches. 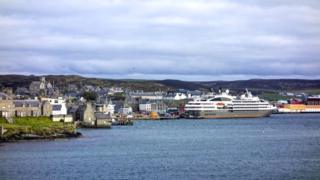