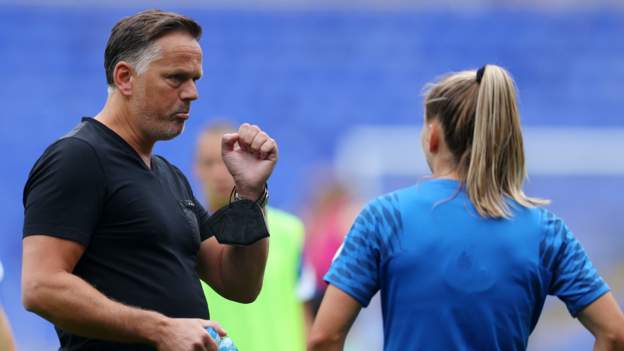 Male coaches in women’s sport have a responsibility to create an environment that “is safe” and that athletes deal with “no fear whatsoever”, says Birmingham City manager Scott Booth.

Booth is one of seven male bosses in England’s 12-team Women’s Super League.

In the US, the National Women’s Soccer League was suspended following sexual misconduct allegations.

“You have to constantly bear in mind that you are a man in women’s football,” Booth said.

“There’s certain things which are just unacceptable. It’s crucial that you create an environment, as a male in women’s football, that is safe and feels safe for women to come to work without the worry that anything like that may happen or be imposed upon them.

“For me it’s about making sure it’s an environment the players want to come into and they have no fear whatsoever.”

Englishman Paul Riley was last week sacked by National Women’s Soccer League (NWSL) side North Carolina Courage after sexual misconduct allegations were made against him. He has denied the accusations.

Rival NWSL side Portland Thorns, where Riley previously worked, said they regret their role in “a systemic failure across women’s professional soccer”.

Manchester United manager Marc Skinner, who previously worked in the NWSL as Orlando Pride boss, said “players have every right to stand up and want to be protected”.

“We should not put our players in positions where they feel vulnerable or feel like they’re not supported in any way,” Skinner continued.

“I thank the players for standing up for what they believe is right and for getting the justice they deserve.

“I hope that continues to grow in women’s football and in sport in general. Nobody should feel unsafe in their sporting environment. Hopefully they get the justice that everybody wants.”

Skinner said safeguarding training in the sport remains important and that men “need to delve into what it is to support a woman in women’s sport”.

“We did safeguarding training and you don’t lock yourself in a room on your own, you’re always visible, you don’t inappropriately touch players in terms of any contact that’s not welcome… I’d like to say it’s common sense but I know it’s not,” he added.

Leicester City manager Jonathan Morgan says that while he has a “strong relationship” with his players, the roles of the safe-guarding officer and psychologist at the club are important.

“The club are fantastic in supplying the facilities we need to allow the girls to know they are safe and secure in the environment,” he said.

“I’m very open with my players. I treat them all like a friendship group from that point of view. They get to see the good, the bad and the ugly of me.

“It’s important for me to make them feel comfortable so they can come and talk to me about anything. I’m very fortunate that over the last 18 months and in previous times, I’ve had girls tell me very private and serious issues they have been going through and we’ve been able to direct and support them in the right way as a club.” 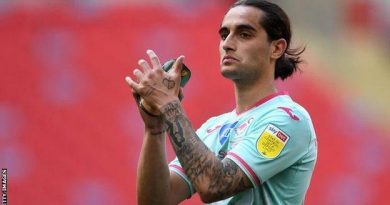