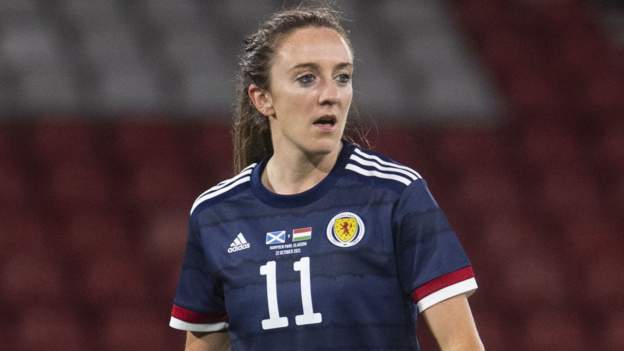 However, she is confident of victory at Hampden to continue a perfect start to the World Cup qualifying campaign.

Scotland and Spain both boast 100% records from three outings in Group B, with the top two meeting in Seville next Tuesday.

“We’re well aware that it’s going to be a step-up again,” said Evans of the double-header.

“We all need to be at it and be at our best, to compete with the likes of Ukraine and Spain.

“Ukraine are going to be really tricky to be honest. They’re a really experienced team. They make the play-offs continuously. I think it’s going to be quite scrappy and be really physical.

“They’ve got a new manager so it’ll be interesting to see if they change anything tactically. It’s a game we feel we’re more than capable of winning.”

Spain, ranked 10th in the world, host the Faroe Islands on Friday, having beaten the same opposition 10-0 on their travels.

Evans, currently on loan at West Ham, knows Scotland manager Pedro Martinez Losa very well since it was the Spaniard who brought her from Bayern Munich to Arsenal four years ago.

Three qualifying matches into the Martinez Losa era, she feels the squad is ticking over nicely.

“Things are really coming together now,” she said. “I know that everyone has really taken on board what Pedro’s been saying to us.

“I worked with him at Arsenal so I’m well aware of what he expects but it’s a lot of information and lot of getting used to as well.

“He is a top, top quality coach, we are so lucky to have him on board working with us because not only is he good tactically but he is a really good person, a good human being, very passionate.

“And the staff he has brought in, even better – Jose (Barcala), you couldn’t ask for a better assistant, he is absolute quality. We are all looking forward to the next few months ahead of us.”

It’s now 10 years since Evans made her Scotland debut against Wales in October 2011, a fact which genuinely seemed to surprise the 29-year-old.

“Goodness, that makes me sound really old,” she said. “The women’s game has changed massively. To be part of it, and be part of the progression, has been really rewarding, really enjoyable. I’ve loved every single minute of it.” 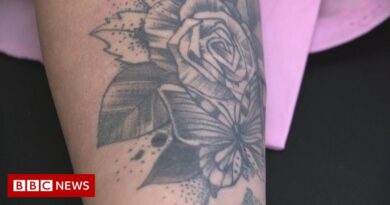 The tattoo artist covering the scars of self-harm