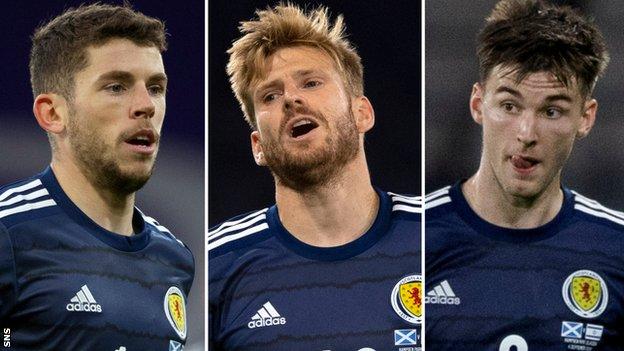 Stuart Armstrong, Kieran Tierney and Ryan Christie will all miss Scotland’s Euro 2020 play-off semi-final against Israel after the former tested positive for Covid-19.

Armstrong was the only member of the squad to return a positive test.

But Arsenal defender Tierney and Celtic attacker Christie must self-isolate for 14 days from Tuesday after being identified as close contacts.

All three will miss the Nations League ties with Slovakia and Czech Republic.

Christie will also be unavailable for Celtic’s Old Firm meeting with Rangers on 17 October, while Tierney will miss Arsenal’s visit to Manchester City the same day.

Southampton midfielder Armstrong tested negative after arriving at the Scotland camp on Monday.

However, a subsequent Uefa test came back positive, meaning he must self-isolate for 10 days from Tuesday.

“While this is obviously disappointing news the most important thing is the health and safety of the individuals involved and the wider group,” said Scotland manager Steve Clarke.

“We have informed the respective clubs from whom we have borrowed the players and backroom staff and we now have to prepare for a huge match ahead tomorrow.”

Scottish FA chief executive Ian Maxwell confirmed that the rest of the squad have “returned two rounds of negative tests” and will continue to prepare for the upcoming matches, with Slovakia visiting Hampden on Sunday and the Czechs on Wednesday.

A team masseur and a physiotherapist are also self-isolating after being deemed as close contacts by the Lothian Health Protection Team. 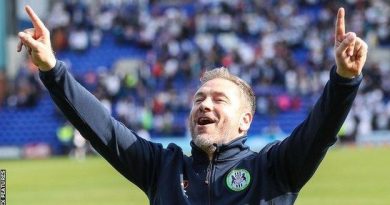 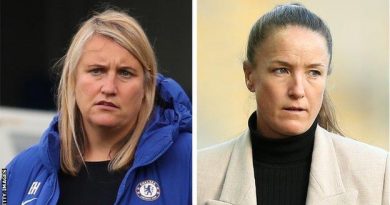 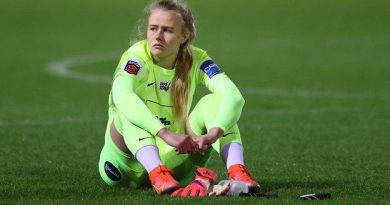