Chelsea are interested in signing Germany goalkeeper Manuel Neuer, 34, who has been at Bayern Munich since 2011. (Bild)

Bayern will replace Neuer with his Germany team-mate Marc-Andre ter Stegen. The 27-year-old Barcelona number one could cost as much as £90m. (Daily Mail)

Everton and West Ham are both keen on signing Barcelona and Denmark striker Martin Braithwaite, 28, although his club Barcelona will not sell him for less than £16m. Braithwaite joined Barca in February as an emergency signing. (Diario Sport – in Spanish)

The Coronavirus pandemic has impacted Ruben Loftus-Cheek’s return from an Achilles tendon injury as the 24-year-old Chelsea midfielder is unable to rebuild his match fitness. Loftus-Cheek has not played since May 2019. (Evening Standard)

Barcelona and Chile midfielder Arturo Vidal, 32, will be allowed to join Inter Milan in the summer. (Calciomercato -in Italian)

Arsenal and Germany defender Shkodran Mustafi, 27, admits his future with the Gunners is uncertain. Mustafi’s contract expires in the summer of 2021 and the player says there are “many question marks” about whether he stays or leaves. (Sky Sports)

Premier League and EFL clubs are exploring the possibility of furloughing their entire squads – placing them on temporary leave – during the coronavirus shutdown. (Evening Standard)

Former Newcastle and Aston Villa midfielder Nolberto Solano, 45, apologised after being detained by Peruvian police for being outside his house during tight quarantine hours set up to stop the spread of coronavirus. (Guardian) 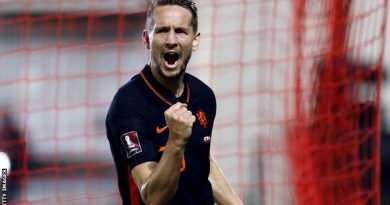 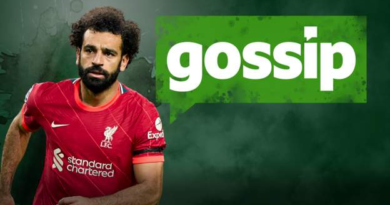 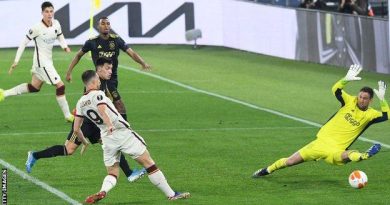