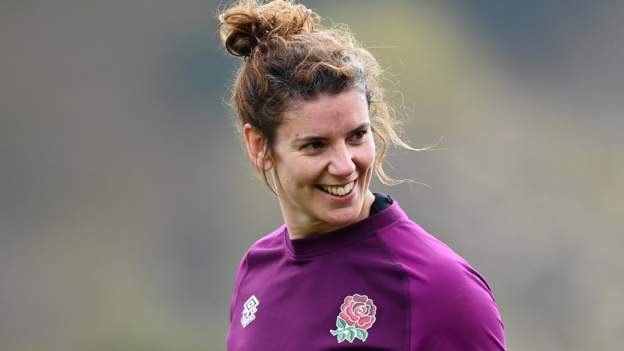 There is one year to go until the rescheduled women’s showpiece starts in New Zealand.

Hunter credited the Premier 15s league for attracting international players who will return to “enhance their countries” at the tournament.

“It’s in New Zealand, the spiritual home of rugby,” she told BBC Sport.

“Hopefully we’ll have crowds for it to be the biggest supported World Cup we’ve seen.

The tournament was originally due to be played in September and October 2021, but was delayed by World Rugby because of the “challenging Covid landscape”.

England are about to play two autumn Tests against the world champions New Zealand, followed by Tests with Canada and the USA.

All four fixtures will be shown live on BBC Two.

New Zealand arrive in Europe having not played a Test, due to Covid-19, since they beat Australia in August 2019.

Despite their lack of international games, the women’s domestic leagues in New Zealand have continued, with disruptions due to lockdowns.

England lost 28-13 the last time they faced the Black Ferns at the Super Series in July 2019.

Hunter said the meetings between the world number one and two sides were “incredible”.

She added: “They are some of the best games I’ve played in and equally some of the most frustrating and disappointing.

“They generally bring the best out of both teams in how we both play, which gives a great spectacle for people to watch, I’m sure the two games in the autumn will be no different.”

She says she is “mentally and physically in a good place” and has put “last season to bed”.

However, pressure is now on the 36-year-old number eight, with increasing competition for places in the England back-row.

“It is probably one of the most competitive back rows in an England shirt that I’ve been in,” she said.

“For me, number eight is predominantly the position I prefer to play in but having started my England career and played around 20-30 caps at six, I’d equally be happy there.

“If it meant I went into the second row and played for England, I want to be pulling on a white shirt.”

“I know I have to be playing well, I never want to get picked because I’m captain.” 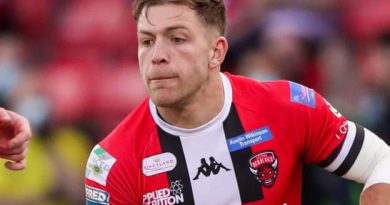 Gloucester Rugby: Tributes to 'the voice' of Kingsholm 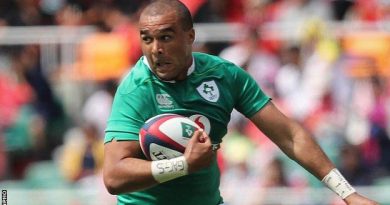