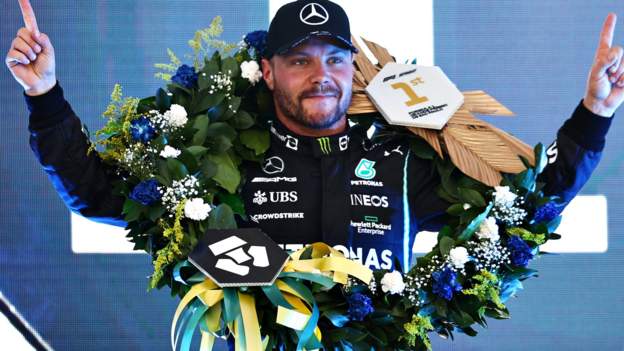 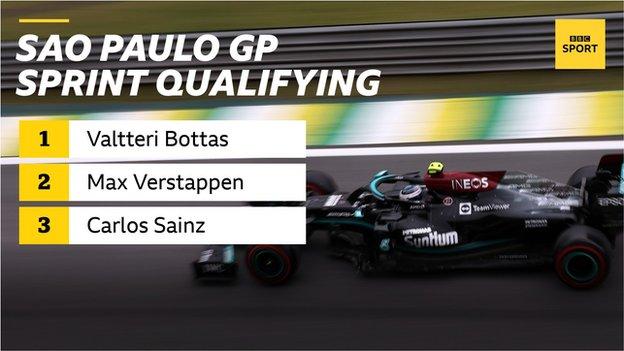 Verstappen’s title rival Lewis Hamilton, who started at the back after a technical infringement was found on his car, recovered superbly to fifth.

Hamilton has a five-place grid penalty for the grand prix for using too many engine parts and will start 10th.

Verstappen’s second place extended his points lead to 21 over Hamilton.

It was a starring performance from Hamilton, who scythed through the field in clinically aggressive style, demonstrating superlative pace in his Mercedes.

In the context of an exceptionally difficult weekend, Hamilton will consider it a job well done after what was arguably one of his best performances of the season.

How did Bottas win?

Bottas’ victory hinged on Mercedes’ decision to run the sprint – one third of the distance of the main grand prix – on the ‘soft’ tyre, while Verstappen and Red Bull chose the medium.

The extra grip of the tyres allowed Bottas to catapult past Verstappen into the first corner and build a small lead over the opening laps.

Verstappen came back at him later in the race as Bottas’ less-durable tyres began to fade, but after closing to within 0.4 seconds of the Finn fell back a little and had to settle for second.

Gambling on the soft tyres was also the making of the day for Ferrari’s Carlos Sainz, who swept by two cars at the start to vault up from fifth on the grid to third at the first corner. The Spaniard drove well to hold the position throughout ahead of the second Red Bull of Sergio Perez.

The rules for the sprint event give points to the top three, and Bottas’ win helped out Hamilton as much as he could by depriving Verstappen of the maximum three available and limiting him to two.

A great performance, but what was all the drama about?

Hamilton gained his final place, at the expense of McLaren’s Lando Norris, at the start of the final lap after an exceptional drive in trying circumstances.

Heading into Friday’s qualifying session, Hamilton already knew he would be on the back foot with his five-place grid penalty after Mercedes took a fifth engine.

Each driver is allowed only three for the season but Mercedes are struggling with reliability and needed another to give Hamilton the best chance for the remaining four races.

Hamilton then dominated qualifying, taking pole by more than 0.4secs, but Red Bull had spotted something odd with his rear wing and complained to race officials.

When the car was checked, officials found that the gap in Hamilton’s wing when the DRS overtaking aid was open was larger than permitted.

The stewards delayed a final decision overnight to allow Mercedes to present more evidence but eventually decided a couple of hours before the sprint that he should be disqualified.

Verstappen was penalised himself for touching the rear wing of Hamilton’s car, seemingly to assess the situation for himself, which landed him a £42,300 fine.

It meant a start from last place on the grid for Hamilton, but he set about his task with a vengeance.

He gained five places on the first lap and after that made superb progress through the midfield cars and then deep into the top 10, passing cars lap after lap.

A lot of the moves were simple DRS-assisted passes, but the one on Norris at the end was a lovely dive up the inside at the Senna S, the first corner.

With the pace he showed on Saturday, Hamilton looks to have a chance of possibly even a podium finish on Sunday.

But with Verstappen starting second, the seven-time champion is still likely to leave Brazil with his title hopes taking a substantial hit. 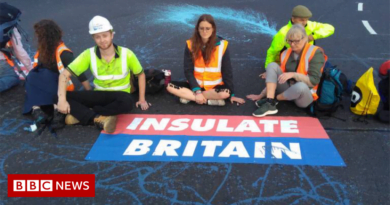 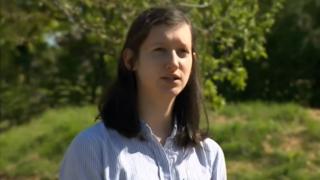