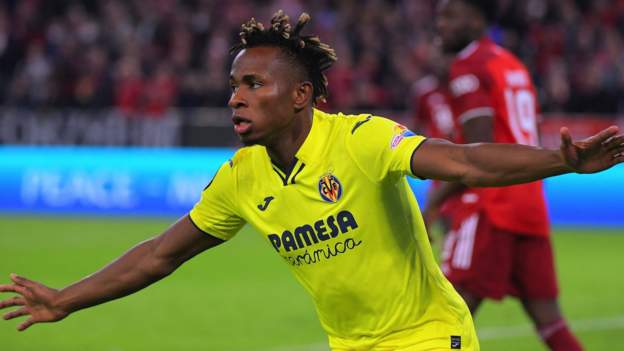 Nigeria’s Samuel Chukwueze is finally flying again with Spanish club Villarreal after an injury-hit spell, and is looking to cause another upset after downing one of Europe’s elite.

Full of pace, skill and possessing a majestic left foot, the winger is the latest African talent to catch the eye in the Champions League.

Earlier this month the 22-year-old scored a late winner as Villarreal stunned Bayern Munich 2-1 on aggregate to reach the semi-finals of the continent’s premier club competition for the first time in 16 years.

Now he has his sights set on another member of the elite as the Yellow Submarine face six-time European champions Liverpool in the semi-finals.

“We know all about Liverpool and they are expected to win, so the pressure is on them,” Chukwueze told BBC Sport Africa before Wednesday’s first leg.

“We have a squad and manager good enough to compete against any team in the world. Because of the way Liverpool play some people have already made their own predictions but that is normal in football.

“We have a job to do and we are not going to Liverpool to lose. Why not aim for the best result over there? And that is what we hope to do.”

Chukwueze – who almost joined Arsenal in 2016 – is keen to relive the feelings he experienced in the win over Bayern in Germany, which he describes as “an unforgettable moment for my career”.

“I came on as a late substitute and scored a winner that I will never forget in my life,” he explained.

“You honestly have no idea how much it meant to the players, the club, our fans and the city.

“Everything happened so fast. My team-mates kept screaming ‘Samu!’ and I couldn’t process it that very moment. And honestly, I couldn’t hold myself. I looked across to our fans and once I saw them with tears of joy, I completely understood the impact of that goal.

“I hope to write more important chapters in my career with Villarreal. I have more games to play, and personal glory is not the target.”

The Reds may be fancied to reach the final, but Villarreal have showcased a real pedigree in cup competitions under manager Unai Emery.

Chukwueze, meanwhile, is entitled to have a bold attitude, considering all he has had to come through over the past 12 months.

It was at the semi-final stage last season that the Nigerian’s season came to an abrupt end, also against English opposition but that time in the Europa League.

Villarreal were underdogs ahead of their meeting with Arsenal, but in the end Emery got the better of his former employers to advance to the final.

Chukwueze played his part, assisting a goal in the 2-1 home leg win, before being forced off with a hamstring injury half an hour into the return leg in London.

He would not play again for five months, missing the final win over Manchester United on penalties and undergoing surgery for the second time in three months at the end of May.

All of that disruption was difficult for the youngster to manage, both physically and mentally.

“Coming back, getting injured, doing two surgeries in a season is crazy and tough,” he said. “When you come back from an injury and you stay out for three months, go back again and do another surgery, it is so tiring and will weaken your mentality.

“If you’re not strong in the head, it’s going to weigh you down. Sometimes you get scared. Whenever you remember, you don’t want to take some risks again.”

Chukwueze credits overcoming that hurdle to the fraternal atmosphere at the club, as well as the personal touch Emery has brought to his recovery.

With the worst now past, he can once again focus on his development and what the future holds.

“Villarreal is just like a family to me,” Chukwueze said. “When someone sees potential in you, they will want you to grow more.

“My game has improved because of the surgery and the coach is doing an amazing job for me. I think what else is remaining is just to score goals, and Emery is doing a very nice job on finishing. Finishing is only thing that is remaining [to improve] in my football.”

If he finds that touch ahead of the matches against Liverpool, then Villarreal’s Champions League fairy tale may, improbably, have another chapter.

Chukwueze has represented Nigeria at all levels, and was an Under-17 World Cup-winner with the West Africans in 2015.

He has previously been linked with Portuguese heavyweights Porto, English pair Liverpool and Tottenham Hotspur as well as Bayern Munich, where his idol, former Netherlands winger Arjen Robben, spent a decade between 2009 and 2019.

“My friends started the whole Arjen Robben comparison because of my playing style, and I consider him as my first football hero,” he added.

“I know there is still a lot for me to do to even come close to what he has achieved in football, so I am not getting carried away.”

Instead, Chukwueze arrived at Villarreal from Nigeria’s Diamond Academy in August 2017. The following year, he earned promotion to the Villarreal first team and notched his first La Liga goal that November.

He made his senior debut for Nigeria the same month and, having scored at the 2019 and 2021 Africa Cup of Nations tournaments, has four goals in 23 appearances for the Super Eagles.

With the Spanish club his 23 goals and 20 assists in 150 appearances is a decent return – but admits he can do better.

“At Villarreal the officials keep reminding me of another Nigerian – Ikechukwu Uche – who they regard as a legend at the club, and they’ve told me to try to emulate his ways on and off the pitch,” he said. 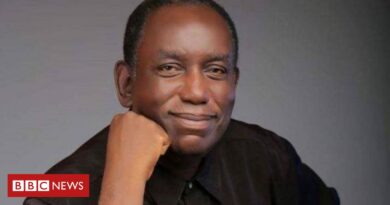 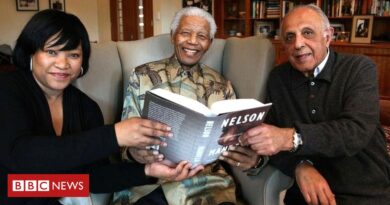 Zindzi Mandela’s family praised for revealing she had Covid-19 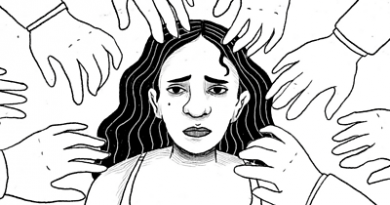 Detained and forced to have a ‘virginity test’