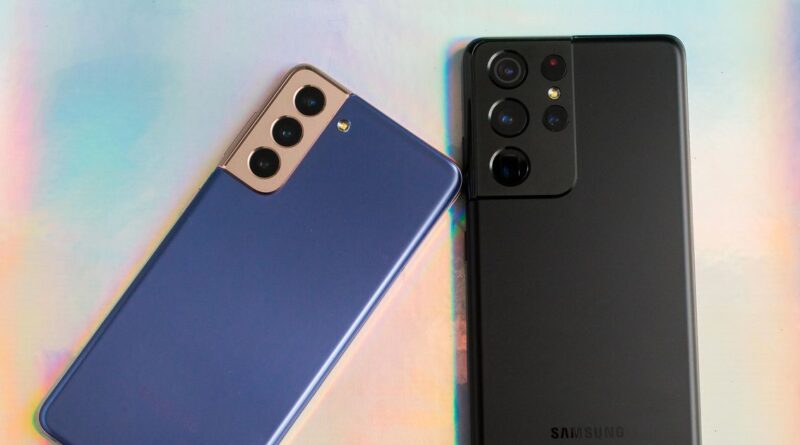 The COVID-19 pandemic required us to to work, attend school and socialize from home — meaning our tech reached a new level of importance in our lives. Although the lockdowns are over, the time we spent at home in 2020 gave Samsung plenty of ideas for how the smartphone experience could be improved.

Those takeaways will surface in One UI 4, Samsung’s next major software update, which rolls out Monday starting with the Galaxy S21 series.

“We looked at preexisting features and understood what was receiving more usage because of the pandemic, and we reinforced that,” Hyesoon Sally Jeong, Samsung’s vice president and head of framework research and development, told CNET via a translator.

The update largely focuses on improving areas like privacy, ease of use, personalization and communication, elements that Samsung noticed had become particularly important as many people began spending more time on their phones during the shutdown period. It’s another example of the broader shift that’s occurred across the tech industry as companies began tailoring their products to facilitate remote work and socialization.

But perhaps the biggest change that influenced Samsung’s strategy when designing One UI 4 was the increased amount of time we’ve spent on our smartphones. A recent study published in the JAMA Pediatrics Journal found that screen time doubled among teenagers during the pandemic, not including virtual learning.

As such, Samsung is trying to make its smartphones easier to look at for long periods of time with cosmetic updates coming in One UI 4. “In terms of visual design, we made a lot of design-related decisions based on the key principle of comfort,” Hyun Kim, head of Samsung’s core user experience group, also said to CNET via a translator. “Because screen time increased, comfort for your eyes [and] reducing eye fatigue has become more important than ever before.”

The company made aesthetic changes to its software such as reducing the number of colors in the user interface and adjusting the size and layout of fonts. It also worked with Google to enable screen dimming that’s darker than what was previously possible when using the phone in low light environments. Samsung’s emoji pair feature — which lets you send two emojis at once — was also sparked by the way we relied on our phones for communicating and socializing in 2020.

Read more: Google is still no Samsung, but the Pixel 6 might change everything

Samsung’s software update is just one example of the pandemic’s lasting impact on the way tech companies design and develop their products. That influence can be seen in Apple’s iOS 15 software, too. One of the update’s headlining features is SharePlay, which lets you easily watch movies and TV or listen to music with others over FaceTime. Such functionality would have been particularly handy during the shutdown period when many people were seeking ways to hold virtual movie nights over Zoom.

CES 2021 also showcased the best efforts of tech companies to make products that reflected lifestyle changes caused by the pandemic. In addition to Razer’s high-tech face mask and a temperature-taking doorbell, we also saw laptops with better cameras that were seemingly designed for remote work.

Aside from the additions mentioned above, One UI 4 also brings features like a new privacy dashboard, the ability to choose whether to share your precise location with apps, more uniform widgets with rounded corners and more color palettes for customizing your phone’s theme. The software is now available for the Galaxy S21 lineup and will be coming soon to older Galaxy S phones, Galaxy A phones and Samsung’s foldable devices and tablets.

For Patch Tuesday, it’s time to pause those Windows 10 updates

Pi Day through time: From Linux to Einstein to Steph Curry – CNET