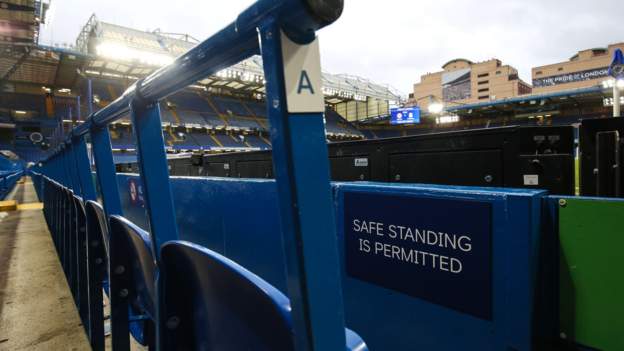 The trial of safe standing in the Premier League and Championship is “a step backwards”, says Hillsborough campaigner Trevor Hicks.

Six clubs are taking part in the pilot scheme, which will run until the end of the season.

Since 1994, grounds in the top two divisions in England and Wales have been required by law to be all-seated.

Standing was outlawed following recommendations made in the Taylor Report into the 1989 Hillsborough disaster, which resulted in the unlawful killing of 97 Liverpool fans.

Hicks, who lost two teenage daughters in the tragedy, told BBC podcast The Sports Desk that he fears any return to standing carries “risk” and could have “adverse consequences for crowd safety”.

In his view, all-seater stadiums have created a “healthier” family culture in football that could be harmed by a “drip, drip effect” of increasing numbers of standing fans at grounds.

“While my view has softened, I still have reservations that we are opening the term thin end of the wedge, and that we could in fact have some difficulties with crowd control in future,” he said.

“What happens if maintenance isn’t looked at properly? We just don’t know. We never thought we’d be involved in that disaster.

“It would be easier for me to say nothing, keep my head down and just let people get on with it. But I do think there has to be… that cautionary note.”

Hicks’ stance contrasts with that of fellow Hillsborough campaigner Margaret Aspinall, who, having initially opposed safe standing, has changed her view.

Her 18 year-old son James was among those killed by the crush at Hillsborough, caused by police failures, a poorly designed, regulated and maintained venue, and delays in the emergency service response.

“Those who want to stand should be allowed to stand,” she told the BBC.

“Fans are treated completely differently now to what they were in the 1970s and 1980s. They are really monitored. They are more careful. They’ve learned lessons because of Hillsborough.”

Organised by the Sports Grounds Safety Authority (SGSA), the trial – which started with Chelsea’s match against Liverpool at Stamford Bridge on New Year’s Day – allows clubs whose application is successful to offer a licensed safe standing area.

These sections, which will be in place for home and away fans at the trial venues, give fans the option to sit or stand, with a seat as well as a ‘rail’ or barrier running between rows. Each fan in the section will have a designated space.

Described as a “huge step forward” by the Football Supporters’ Association (FSA), a wider roll-out of safe standing will be introduced next season if it is successful.

Manchester United, Manchester City, Tottenham and, from the Championship, Cardiff are the other clubs involved in the trial.

Speaking to The Sports Desk after the first three matches to use safe standing had taken place, SGSA head inspector Ken Scott said: “The two bits I was most interested in were how safety management teams responded and the behaviour and response of fans. And in both cases I came away extremely pleased with what I saw.”

Scott said he was “quite surprised” by comments from UK football policing lead Chief Constable Mark Roberts, who told the BBC that “if crowds are stood up, it’s easier to throw missiles, engage in hate chanting, racism, sneak alcohol in, take cocaine”.

Roberts also said he had concerns over “crushing issues”, adding: “It becomes quite an exclusionary crowd because families don’t want to go in there.”

Scott said: “I’ve got to say I don’t share those views. I don’t believe the introduction of a rail in front of a fan either turns a good fan bad or the opposite.

“This isn’t a return to the standing we saw of old. This is a progressive way of going forward, to address the new technologies out there and to bring along the requests of many fans who over the years have expressed a wish to watch their football from a standing position.”

Adding that he did not anticipate allowing clubs to use safe standing areas to fit more fans in than at present, Scott said: “There’s been no headlong rush towards bringing this in.

“This has been a very slow burn. The fans group have been lobbying me for 20 years now on this. We want to do it in a proper, considerate way and making sure we take all of the fans with us to ensure they are still feeling safe in these environments.” 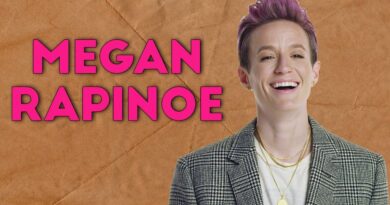 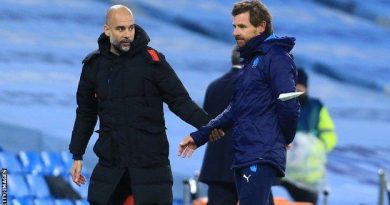