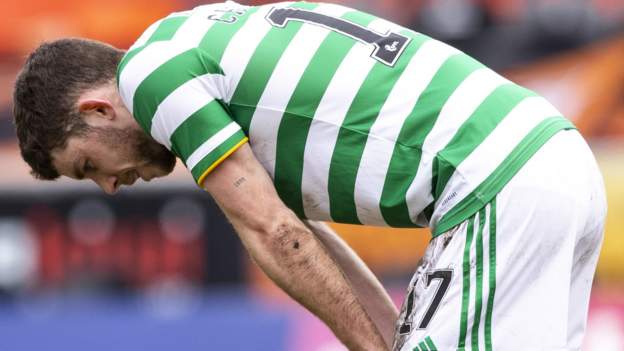 Ryan Christie’s football life moves to a different beat these days. Away to QPR on 27 December, at home to Cardiff three days later and, then with the new year beginning, the arrival of Peterborough the day after the Old Firm do battle at his former home in Glasgow’s east end.

After all those trophies with Celtic and all those trips to clubs like Ross County (eight), Kilmarnock (nine), St Johnstone (10), Motherwell (13) – and multiple trips to all other points north, south, east and west – Christie is now a Bournemouth man, almost 20 games into his new adventure with a club whose supporters have taken to him so much that the nickname ‘Christiano’ caught on for a wee while.

“The stick I took for that,” he says. Occasionally his old life is revisited and Sunday’s Scottish League Cup final was one of those days. Just like Kyogo Furuhashi now, he was once that hero, scoring Celtic’s winner in the League Cup final of 2018. He scored in a Scottish Cup final, too.

In 150 games for his old club he scored 41 goals, and when he thinks back to his time in Glasgow that’s what he wants to remember. Not last season when it got so stressed that even his own family could see the toll it was taking on him, not the controversies and the anxiety and the sense of helplessness as 10-in-a-row slipped away. No. He thinks about the successes and now that’s he out of the goldfish bowl he can appreciate it more than he ever did when he was here.

Things have moved on since then. Celtic are rejuvenated under Ange Postecoglou and Christie has a new focus on England’s south coast. Bournemouth are currently second in a Championship table that looks as tight as a drum. They are two points behind leaders Fulham and one point above third-placed West Brom. Four points separate the top four in a league everybody wants to get out of.

“You can’t lift your head up for five seconds,” he says, or else a Derby or a Preston will do you down. “You’ve just to keep the head down and work incredibly hard.”

Having gone unbeaten in their opening 15 league games, Bournemouth have now gone six without a win. Fulham at the top have not won in five. The chasing pack are closing in.

“We’re going through a bad run at the moment but we’ll get out of it,” Christie says. “In this league, everybody is going to have a dip. It’s that competitive. Every single team you play against come with their own threat and they can hurt you.

“There’s a much wider range of teams pushing for the top and it makes the league very, very tough. It’s what makes it so exciting. It’s what drives you to become better. It’s just all so new.

“I’ve been lucky because the boys were already flying when I joined on deadline day and I managed to jump on their train. The fans have been amazing to me. We have a good travelling support, which is really impressive given how far away we are from lots of stadiums we go to. Everybody is desperate for success, which is the one thing that’s similar to Celtic.”

‘I was ready for something different’

Of the 92 senior clubs in England, Bournemouth rank 10th in the number of miles they will have to cover to fulfil their league fixtures this season – 6,697 to be exact. Basically, from Glasgow to New York and back again. A long way, but then Christie has travelled a distance himself in recent months, a psychological trek that tested him.

“I was ready for something different,” he explains. “I was at Celtic for six years [with a season-and-a-half on loan at Aberdeen]. I’d played in Scotland for all of my career and I wanted to go and try something new. It had got to the point that going into the season we [Celtic] were thinking that if we don’t win the treble then it’s not a success, which is a crazy bar to set yourself. When it did eventually go the other way, it was so shocking to everybody – fans and players. We weren’t used to it and it hit us hard.

“You learn more from defeat. I learned about me as a person and how I could deal with my emotions outside of football, how do I turn myself off [from the pressure]. I realise now how important that side of things can be. At a club like Celtic it’s near impossible to turn off from football, but I had to learn how to do that and sometimes you have to learn the hard way.”

It’s the evolution of a football player. There was a chunk of time when Christie was in the vanguard of Celtic’s success, all creativity and goals. Then the tough times came. Celtic lost all their titles and Christie lost his place in the Scotland team he helped bring to the Euros. Not one blow, but two. He played the first 45 minutes against Czech Republic at Hampden and was not seen again.

“It’s the ups downs that come up with football,” he says. “You wouldn’t be the first person to mention that the place [Celtic] was stressed last season. People close to me said it. Family members. They noticed it in me, just getting caught up in it. They got caught up in it, too, because everyone is desperate for you to do well.

He wanted to get more game-time at the Euros but the camp was so relentlessly positive that it lifted him even though he was on the bench. Then Postecoglou arrived at Celtic Park and in the early weeks of the new season the old Christie reappeared. Brimming with confidence, linking with the new star, Kyogo, and revelling in his football again.

“I enjoyed playing for the new manager and I only got to play with Kyogo a few times but he was absolutely superb, his movement off the ball was amazing” says Christie.

“It’s no surprise to me how good he’s been. Then this offer came up and I felt that now was the time, but the summer and the early weeks at Celtic definitely set me up to hit the ground running here. I just pressed the reset button and went again.”

‘We have vision of Scotland at a World Cup’

There’s big stuff coming down the track in 2022. Can Bournemouth make the Premier League and can Scotland make the World Cup? For a man who’s used to winning trebles, he would take that double in a heartbeat and head straight to football heaven.

“Everyone at the club is working incredibly to get up, so that’s a massive goal for us,” says Christie. “That’s where we want to be.

“The World Cup? I dreamed about it. When I was younger I never got to see Scotland at a major tournament. It wasn’t a thing that happened to us, it wasn’t something you thought was possible. So, having done it in the Euros, now the World Cup has come along. It’s another step closer to something that I thought was unachievable when I was a kid.

“We have an incredible group of boys who are really keen to see each other again. We’re pushing hard. We all have this vision in our head of Scotland playing in a World Cup. I’m not sure anybody would be able to believe if we made it.”

He carried the weight of the world on his shoulders last season. The pressure has not disappeared and he would not want it to. But it’s a healthier mental space he’s in now and he’s all the better for it. Still only 26, you have to think that his very best stuff is still ahead of him. 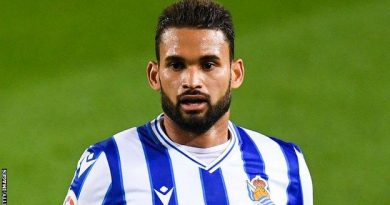