A Russian agent has been found guilty of murdering a former Chechen rebel in a Berlin park that a court in Germany said was on orders from Moscow.

Vadim Krasikov was sentenced to life in prison for killing Zelimkhan ‘Tornike’ Khangoshvili, a Georgian citizen with Chechen heritage, in 2019 in an act of “state terrorism”.

The court’s finding that Russian authorities ordered the killing of a man whose political activities had made him a thorn in their side could increase pressure on German Chancellor Olaf Scholz‘s new government to take a firmer stance against Moscow.

The victim had fought alongside Chechen separatists seeking independence from Russia in the second Chechen war of the early 2000s.

Crime was a ‘professional operation’

Judge Olaf Arnoldi said: “In June 2019 at the latest, state organs of the central government of the Russian Federation took the decision to liquidate Tornike Khangoshvili in Berlin.”

Mr Khangoshvili was killed by three shots from a… 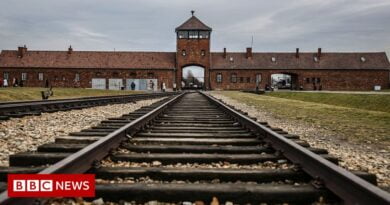