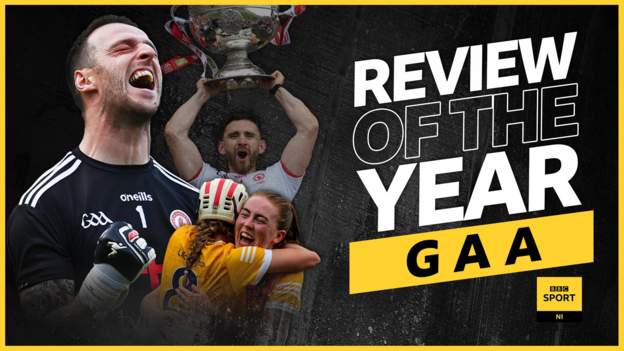 For what seemed like an eternity at the start of the year, nobody quite knew when the 2021 inter-county season would start, or what shape it would take.

Forced into hibernation, players, fans and coaches connected to all codes and grades hunkered down for a long and challenging winter amid rising Covid-19 cases.

The extended period of inactivity was not without controversy, of course, as the Cork, Down, Dublin and Monaghan senior football teams all breached the association’s ban on collective training.

But in April the GAA unveiled its revised fixtures calendar with the football and hurling leagues taking centre stage in May, raising the curtain on what turned out to be an unforgettable year.

That day in Killarney…

To limit travel, the National Leagues assumed a regionalised structure. Donegal and Tyrone advanced to the Division One semi-finals from the North group, while Armagh and Monaghan both preserved their top-tier status with relegation play-off victories over Roscommon and Galway respectively.

In the semi-finals, Donegal were beaten by Dublin at Kingspan Breffni Park while Tyrone suffered a 16-point hammering at the hands of Kerry, who put six goals past the Red Hands in Killarney to share the Division One title with the Dubs.

After falling to a ruthless Kingdom outfit, the prognosis for Tyrone appeared bleak with joint-manager Brian Dooher admitting his players had four weeks to “put some respect back into the Tyrone jersey” ahead of their Ulster Championship opener against Cavan.

There was positive news for some of the Ulster counties in the lower echelons of the football league, however, as Down retained their place in Division Two, where next year they will be joined by Derry, who conquered the third tier in impressive fashion.

Fermanagh remained in Division Three and they will have Antrim for company next year after the Saffrons – along with Mickey Harte’s Louth – earned promotion from the bottom rung.

Cavan, however, failed to build on their shock Ulster Championship triumph in 2020, and face the prospect of Division Four football next season after a play-off loss to Wicklow spelled a third consecutive relegation as the ecstasy from their provincial success turned to dismay.

While Enda McGinley’s Antrim moved up the footballing ladder, Darren Gleeson’s hurlers claimed momentous wins over Clare and Laois – and a thrilling draw with Wexford at Corrigan Park – to extend their stay in Division 1B.

However, having affirmed their credentials at hurling’s top table, they were hammered by Dublin in the Leinster SHC and were then condemned to an immediate Joe McDonagh Cup return after losing to Laois in the All-Ireland preliminary round qualifier.

The All-Ireland series was run off in July and August, with Limerick storming to a 3-32 to 1-22 win over Cork in the decider to lift the Liam MacCarthy Cup for the third time in four years having set a new scoring record in the final.

The road to Sam

Given the end of Mickey Harte’s 18-year reign and the chastening conclusion to their league campaign, Tyrone supporters would have been excused for tempering expectations ahead of the 2021 championship.

That all changed at Healy Park on 10 July. Going up against holders Cavan for an Ulster semi-final spot, Tyrone were superior across the pitch as 10-point Darren McCurry and a returning Cathal McShane – making his first appearance since February 2020 after injury troubles – lifted the Red Hands to a 1-18 to 0-13 win in Omagh.

Next up were Donegal. Declan Bonner’s side had edged the 2020 quarter-final in atrocious conditions and again prevailed in May’s league meeting, but Tyrone were not to be denied in Enniskillen, running out 0-23 to 1-14 winners to return to the provincial showpiece on a day when Donegal talisman Michael Murphy missed a penalty and was red-carded in the 33rd minute.

The Tyrone-Donegal game couldn’t quite match the fireworks from Pairc Esler 24 hours earlier, though, as Monaghan struck three injury-time points to snatch victory from the jaws of defeat in a riveting 4-17 to 2-21 win over Armagh in the searing Newry heat.

It was a game played against a sombre backdrop following the death of Monaghan under-20 captain Brendan Óg Ó Dufaigh the night before, just hours after he captained his side to a semi-final win of their own.

Tyrone had booked their ticket to Croke Park, which hosted the Ulster Final for the first time since 2006, and there was drama at headquarters before a ball was kicked when the Red Hands were hit by Covid issues, with Feargal Logan unable to join fellow joint-manager Dooher on the sideline.

Tyrone refused to let those issues affect their focus, however, and held on to beat Monaghan by a point in a nerve-shredding crescendo to the provincial series, with the returning colour and noise of Ulster football’s showpiece providing heartening scenes after 2020’s behind-closed-doors decider at the Athletic Grounds.

The Red Hands’ Covid problems worsened after lifting the Anglo-Celt Cup, however, with over 20 positive cases among the squad and wider staff, forcing the GAA to push their All-Ireland semi-final with Kerry back to 28 August.

Again Tyrone regrouped and produced a stirring performance to stun the Kingdom 3-14 to 0-22 after extra-time in a Croke Park epic that ranks among the county’s greatest footballing triumphs.

Only Mayo stood between Tyrone and an unlikely reacquaintance with Sam Maguire. For Tyrone, it had been 13 years, for Mayo 70, but the Connacht champions had been tipped to finally banish the ‘curse’ after they sensationally ended Dublin’s six-year reign as champions with their own semi-final extra-time success.

But Mayo’s time in the wilderness was extended as a clinical Tyrone outfit, powered by McShane and McCurry goals, ensured Hill 16 lit up with a sea of red and white for the first time since 2008.

It was hard not to feel for Mayo. Beaten finalists in 2020, too, they have now lost 11 All-Ireland Finals since 1989, and six in the last nine years.

Tyrone’s brilliance throughout the series was reflected in the All-Stars. Eight players made the XV, while Kieran McGeary took the Footballer of the Year prize.

In hurling, Limerick claimed an unprecedented 12 All-Stars with Cian Lynch named Hurler of the Year.

Speaking of unprecedented, Meath won their first All-Ireland Senior Ladies’ Football Championship with a 1-11 to 0-12 victory over five-in-a-row chasing Dublin.

It was the culmination of a remarkable journey for Eamonn Murray’s side, who were Intermediate champions in 2020 before claiming the Football League Division Two title earlier this year.

Few had given Meath a chance ahead of the decider, but having staged a sensational semi-final comeback to beat Cork after extra-time, Emma Duggan scored 1-2 to fire the Royals to a historic triumph.

Antrim came up short in the All-Ireland Junior Final, losing 2-17 to 1-9 to Wicklow, but the Saffron camogs succeeded where their footballing counterparts failed, beating Kilkenny to capture the All-Ireland Intermediate title at Croke Park.

Also in camogie, Galway claimed their fourth All-Ireland title with a dramatic 1-15 to 1-12 win over Cork in the decider, with Siobhan McGrath hitting 1-2 in a performance that evoked memories of her outstanding display in the 2020 All-Ireland Senior Club Camogie Final as Sarsfields toppled Slaughtneil.

Ulster Club return and what lies ahead in 2022

With the inter-county season in the rear-view mirror, the club campaign has already delivered in spades. Creggan (Antrim) and Clann Eireann (Armagh) ended 67 and 58-year waits for county success, and Glen became Derry champions for the first time, while the Ulster Club SFC burst into life at the quarter-final stage.

Next year is beginning to take shape, too. The Ulster Club Football decider between Kilcoo and Derrygonnelly Harps will be played on 16 January with the All-Ireland final set for February.

Derry club Slaughtneil, meanwhile, are one game away from another All-Ireland Hurling Final after beating Ballycran to win their fourth Ulster Club Hurling title in five years.

The National Leagues will return in January while February is likely to be dominated by discussions around the possible reform of the football championship at the GAA’s Annual Congress after president Larry McCarthy said plans for a revamp would be revisited “very, very quickly”.

Motion 19 (better known as Proposal B), which was defeated at October’s Special Congress, proposed sweeping changes to the inter-county landscape, chief among them the severing of the link between provincial competitions and the All-Ireland series in a dramatic departure from the traditional structure.

We certainly haven’t heard the last of the top brass’ vision for a radically revamped championship – a new task force will aim to bring forward recommendations for reform – but if next year’s on-pitch matters are as gripping and dramatic as the last seven months, 2022 promises to be another emotional rollercoaster. 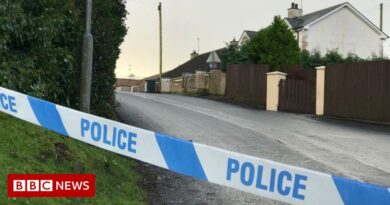 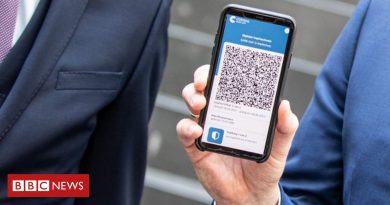 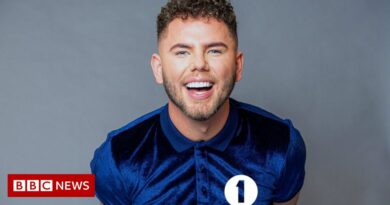