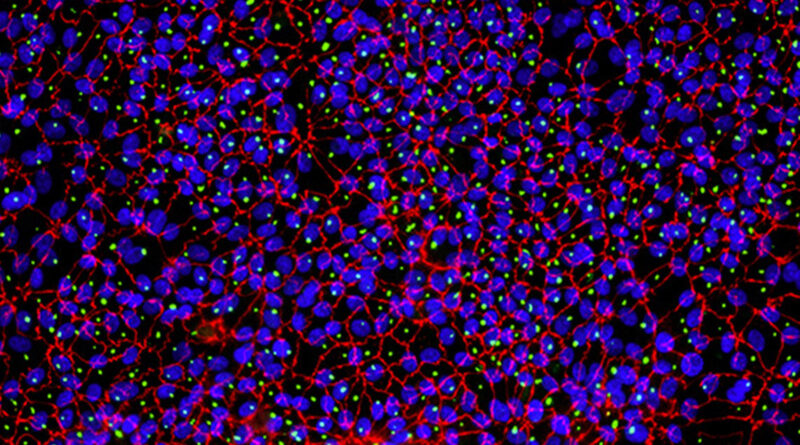 Researchers at the University of Toronto and its partner hospitals have discovered a way to generate functional cells from stem cells that could open new treatment avenues for people with cystic fibrosis who have liver disease.

Funded by Medicine by Design and completed with the collaborative efforts of multiple labs, the research was recently published in Nature Communications.

While cystic fibrosis is well known as a lung disease, the second most common cause of death in patients is actually liver disease. This is because people with cystic fibrosis can experience a decrease in the flow of bile fluid, which is secreted by the liver and helps with digestion and detoxification. The bile duct is a tube-like structure found in the liver that carries bile to the small intestine. The loss of flow leads to liver dysfunction. As a result, some patients require liver transplantation.

“Until now, we have not had a good scientific model to study the human liver’s bile duct system physiologically,” says senior study author Shinichiro Ogawa, an affiliate scientist at the McEwen Stem Cell Institute and Ajmera Transplant Centre, University Health Network (UHN), and an assistant professor in U of T’s department of laboratory medicine and pathobiology.

“In order to study a disease in a dish at the basic cellular and molecular level, we need functional cells. The fact that we can derive these functional cells from stem cells gives us a totally different way of evaluating and treating defective cells.”

The cells that the researchers generated have the properties of mature, functional cholangiocyte cells, which are the cells that make up the bile duct. Cholangiocytes play a role in several chronic and progressive liver diseases that have few medical treatment options. These diseases are responsible for about 20 percent of adult liver transplants and most pediatric liver transplants.

Not much is known about the bile duct disorders that can lead to liver disease, but Ogawa says this research may lead to a deeper understanding of the specific mechanisms of the disease, as well as being a powerful tool for finding new treatments.

Ultimately, the researchers say it may be possible to develop therapies that involve transplanting the cells into a patient who has bile duct disease, bypassing the need for a transplant.

Ogawa and his co-investigator Christine Bear, a senior scientist in molecular medicine at The Hospital for Sick Children and a U of T professor of physiology, are part of a team focused on harnessing the liver’s power to regenerate.

Ogawa says it was the work of many different researchers and labs that brought the study together.

Beginning with pluripotent stem cells, which have the capacity to give rise to most of the cell types in the human body, Mina Ogawa, scientific associate at the McEwen Stem Cell Institute, was able to identify methods to efficiently guide the stem cells through the process of changing into cholangiocytes. Donghe Yang—a Ph.D. candidate in the lab of Gordon Keller, who is director of UHN’s McEwen Stem Cell Institute—analyzed the stem cell-derived cholangiocytes at a single cell level to compare to human cholangiocytes in the liver.

The team used earlier research on the Human Liver Map to confirm that the cells they developed had the characteristics of mature cells, which are more functional and have more therapeutic applications as opposed to immature cells.

Researchers in Bear’s lab—Janet (Jia-Xin) Jiang, research project co-ordinator, and Sunny Xia, Ph.D. student—were able to demonstrate that the cells were functional and responded to natural environmental cues like the force associated with fluid transport. Their work also showed that newly developed stem cell-derived cholangiocytes could, in the future, play a powerful role in developing organ-specific therapies.

“These studies highlight the importance of generating mature cells from stem cells that faithfully mimic the functional properties of the native tissue,” says Bear. “We can better understand the real effect of disease-causing mutations and cystic fibrosis therapies, especially in those hard-to-access organs.”

Bear adds that this work was made possible through an interdisciplinary effort.

Ogawa says the power of stem cell technology is to be able to identify and correct the disease at a cellular level. One day, this research could lead to the development of personalized, customized treatments for other bile duct disorders. He adds that the McEwen Stem Cell Institute is a world leader in producing different cell types from these stem cells.

Do Your Genes Up Your Odds for Alcoholism? One Factor Cuts the Risk 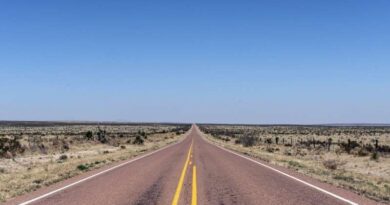 Texas records highest number of total COVID-19 cases in US