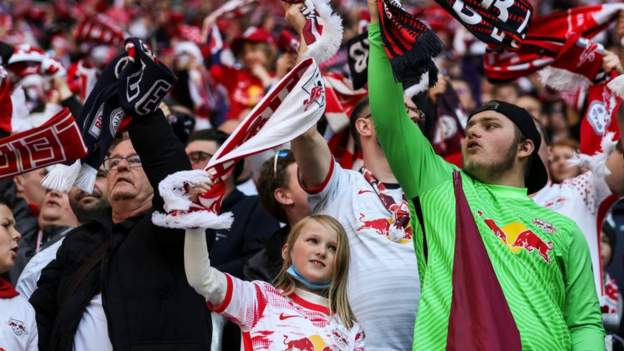 “Our story of success is somewhat unique in all of Europe.”

On 19 May, 2009 , a footballing behemoth was born in the heart of Germany’s east. A corporate machine built by a brand which allegedly gives you wings, RB Leipzig’s flutter towards the top end of the Bundesliga took just eight years from inception, snaring lower league titles and dissenters across the country as they ascended the football food chain.

Attendances have swelled, European big names have been swatted away and a run to the Champions League semi-final was achieved two years ago, yet a major trophy has eluded the grasp of the raging Red Bulls.

Just three weeks shy of their 13th birthday, the club often described as the most hated in Germany, has another chance to provide tangible proof of their might.

“Expectations have been high all the time,” captain Peter Gulacsi told BBC Scotland as a Europa League semi-final with Rangers looms into view. “We as players, but also the club, are very ambitious and always hungry for more.

“It is great to be part of this story and we want to continue to write our very own special history.”

‘Fans are fearful of wealthy owners’

As well as special, their history is short and polarising.

Drinks giant Red Bull spent over three years searching for the right club to add to their bulging sporting empire – one which ranges from football clubs to championship-winning Formula 1 teams – before they found their home.

Protests erupted as Red Bull explored potential takeovers of St Pauli, 1860 Munich and Fortuna Dusseldorf, yet it was fifth-tier SSV Markranstdt that would be rebranded, the new face-lifted version kicking its first ball in the 2009-10 season.

Skip forward to 2016, and they are the first side from the former East Germany to reach the Bundesliga since Energie Cottbus were relegated in 2009.

To understand the feeling towards Leipzig in Germany, it’s important to grasp the traditional footballing landscape.

While fan-owned sides in Scotland are becoming more common – Motherwell, Hearts, St Mirren to name a few – here, this is very much the norm.

“Their organisation is at odds with what most Germans believe what football clubs are – extended arms of the community,” says Derek Rae, ESPN’s Bundesliga commentator.

“Fans are not begging and praying for wealthy individuals from other parts of the world to come in and bankroll their clubs. They are fearful of that.

“You’d be hard pressed to find anyone who would say they’d rather have Leipzig win the title than Bayern. Bayern aren’t liked, they are the champions and Germany’s most successful club, but people would rather have another Bayern title than Leipzig to get their first.”

While Red Bull may be an acquired taste outside of Leipzig, within the city it has brought a cause and sporting prosperity that has been embraced almost universally.

“The whole city loves RB Leipzig – apart from the two traditional clubs, Chemie and Lok Leipzig – and everyone knows how worthwhile it is to have such a club in the city,” reporter Guido Schafer told BBC Sport on the run to that Champions League semi-final.

‘Leipzig don’t have a glass jaw’

There is an air of inevitability that Leipzig’s first major trophy is coming. It’s not if, but most definitely when.

There have been painful near misses. The club finished second in their maiden season in the top flight, a feat repeated last year. There’s two German Cup final losses, as well as that mesmeric sojourn through Europe’s most star-studded club competition. Spurs were beaten twice on that run, while Atletico Madrid were also dispatched before the richly assembled Paris St Germain put a halt to the fun.

Walk through the streets of Leipzig and talk to fans now, and the growing feeling is that the party may well be kicking off soon.

Another spot in the German Cup final was booked earlier this month, on top of their shot at the Europa League against a Rangers side who have already beaten German opposition in Dortmund, but must now try and repeat the feat without top striker Alfredo Morelos or back up Kemar Roofe.

Belief has been restored by head coach Domenico Tedesco, who replaced Jesse Marsch before Christmas. A high-intensity game has been switched out for a more pragmatic approach of ball retention and slow build up, and it’s paying off.

“They have been the form team in Germany for most of 2022, and that includes Bayern. They’ve been that bit more consistent,” added Rae of the side a point off third place domestically.

“Dortmund have a capricious side to them, a glass jaw. That is often their undoing, but Leipzig don’t have a glass jaw.”

Defeat to Union Berlin last week has provided a reality check for Tedesco and his team, but it will not have stirred much doubt within the walls of the grand Red Bull Arena.

Christopher Nkunku is an incredible talent – he has 30 goals and 20 assists in all competitions – while Andre Silva in attack is a potent force. That’s before you mention Dani Almo, Yussuf Poulsen or the rest of what is arguably the most rounded squad in the Bundesliga.

“Winning a title would be a milestone for the club, the fans, the city and the entire region,” added Hungary keeper Gulacsi.

“I think in the past we have been close to winning a trophy, but could not go the final step. This season, with all the experience we have from previous possibilities, I think we have a real shot.”

While Rangers’ heroic run to this stage has surpassed all expectations in Scotland, Leipzig have been built and readied for moments like this.

The Red Bulls are on the charge. We will soon see if their unique story can have another chapter written. 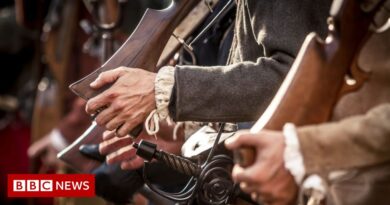 Record of Scotland's largest battle to be updated 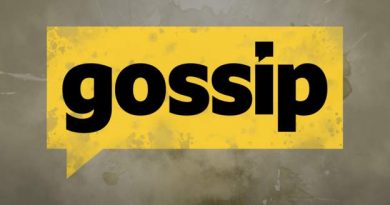 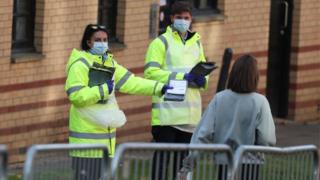