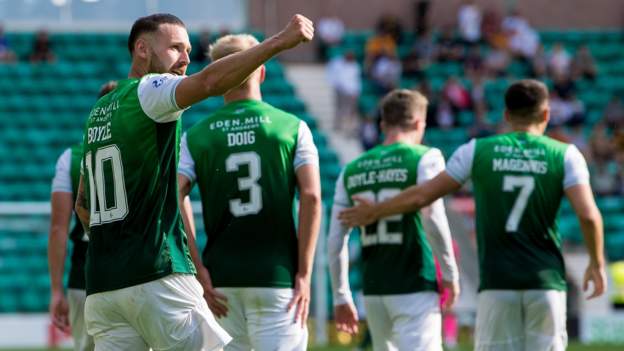 As cup semi-final preparations go, losing four matches in a row followed by a large-scale Covid outbreak and 24 days without a game leaves a lot to be desired.

All was looking rosy in the Hibernian garden not so long ago.

Wind back to 30 minutes into a league match with Sunday’s opponents Rangers on 3 October. Kevin Nisbet had headed the unbeaten Edinburgh side into an early lead at Ibrox and a place at the Scottish Premiership summit was up for grabs.

Then Ryan Porteous had a rush of blood.

The centre-half steamed into a reckless and completely unnecessary challenge on Joe Aribo and suddenly the visitors were a man down. The complexion of the game shifted massively and Rangers found two second-half goals.

One defeat in eight became four in 11, with three goals surrendered at home to both Dundee United and Celtic, and there has been no chance to arrest that slump with two further league matches called off due to coronavirus cases at the club.

Hibs were never out of the top four in Jack Ross’ first full season, with third place wrapped up comfortably, but the current run of five points from a possible 21 leaves them mid-table, albeit with those games in hand.

There was one shining light in the recent gloom, a three-goal first-half blitz at Tannadice to set up this weekend’s semi-final.

And Hampden is certainly familiar territory for Hibs these days. During seven months while the national stadium stood empty of fans, Ross took his side there four times.

There was a painful extra-time semi-final loss to Hearts in the delayed 2020 Scottish Cup but that was nothing compared to the frustration of a limp display against St Johnstone in the tournament’s most recent final in May. The Perth side also dished out a pasting in the last four of the League Cup.

Since ending their long, long wait to lift the Scottish Cup again in 2016 a few months after last-minute defeat by Ross County in the League Cup final, Hibs have been back at Hampden seven times without adding to their trophy haul.

Hibs and Rangers walking out on Sunday will have memories of a special day flooding back for supporters in green and white.

A stoppage-time header from David Gray sent them wild with delight and brought a third Scottish Cup success to the club 114 years after the second.

That made it three consecutive Hampden wins against Rangers after League Cup semi-final successes in 2004 and 1991.

The Ibrox side last got the better of Hibs at the national stadium in a second replay of the 1979 Scottish Cup final, although they did win the 1993 League Cup final at Celtic Park.

Before Hibs fans get carried away, it should be pointed out that they have lost their past four meetings with Rangers and are without a win in 12 against the Premiership leaders.

The best Ross has done against Rangers is a 2-2 draw at Easter Road, losing the other six. He has not managed a win against Celtic yet either, which, in tandem with that Hampden record, has resulted in questions over his approach to the big occasions.

Predecessor Neil Lennon enjoyed some rousing results against the Old Firm, but fourth was his best top-flight finish and he was at the helm for two semi-final setbacks.

Failing to build on a position of strength

Hibs’ tailspin in form has caught many by surprise but a poor summer of recruitment left a thin squad vulnerable.

They failed to strengthen at the back and a midfield, which is easy on the eye when things are going their way, lacks the energy and aggression to press and harry successfully when things are not going so well.

But perhaps the biggest dereliction was a failure to find another striker to share the load. Nisbet (18 goals) and Christian Doidge (13) enjoyed a fruitful partnership last season, with Martin Boyle banging in 15.

Boyle is already in double figures this term but Nisbet has looked a bit lost since Doidge suffered a ruptured Achilles in August and has had to play through his own injury issues.

James Scott was brought in on loan but the Hull City forward has hardly been seen after three inauspicious starts.

Having just agreed a contract extension, Doidge is training again and could make the bench on Sunday. Always a handful and very useful when defending set-pieces, the Welshman’s presence would be a big lift for a side in real need of a boost.

Doidge is playing catch-up after missing months but he’s not the only one who might be rusty after an unexpected and not particularly welcome mid-season break. 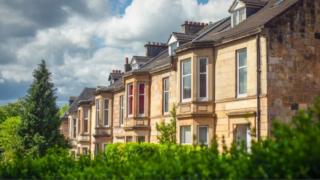