The 38-year-old’s departure was announced after Wednesday’s Uefa Youth League win over Besiktas.

Vos has been working at Ajax for 10 years and helped the under-17 side win the Future Cup in 2018.

His current under-18s sit third in the Uefa Youth League. 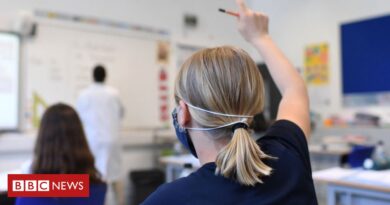 Covid in Scotland: Hospital risk ‘not higher’ for teachers

What to look out for in the Scottish Cup third round