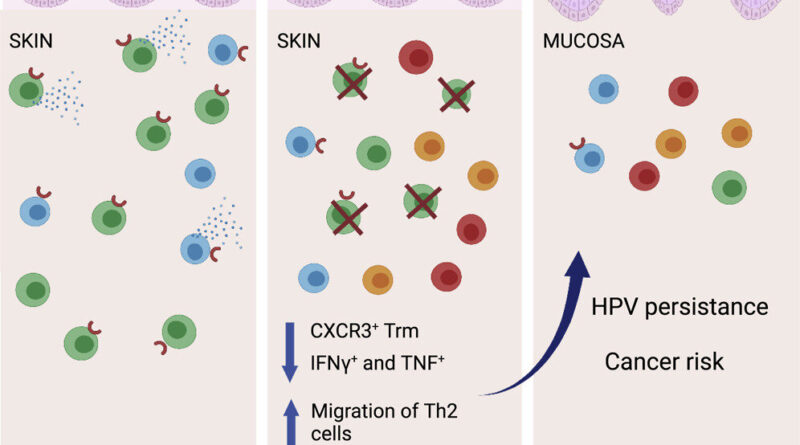 HIV patients have an increased risk of developing skin and mucosal cancers, even though HIV is no longer detectable in their blood due to antiretroviral therapy. A new study by MedUni Vienna’s Department of Dermatology, the Ludwig Boltzmann Institute for Rare and Undiagnosed Diseases (LBI-RUD) and the CeMM Research Center for Molecular Medicine of the Austrian Academy of Sciences now shows that the time of starting antiretroviral therapy can influence tumor development. The results have recently been published in the journal Immunity.

Human immunodeficiency virus infects and destroys immune cells that carry a specific molecule (CD4 receptor) on their surface. Over the course of the disease, these CD4+ T cells are greatly depleted, and this is associated with an increased risk of infection. Antiretroviral therapy (ART) for HIV-infected patients inhibits viral replication and reduces the viral load to such an extent that HIV is no longer detectable in the blood. This once again increases the number of CD4+ T-cells in the blood, thus normalizing the patient’s susceptibility to infection.

The research group led by Georg Stary from the Department of Dermatology describes now in the journal Immunity a new mechanism for of tissue-specific dysregulation of the immune response in HIV patients.

“We found that there are differences in tissue-specific immune responses depending on whether antiretroviral therapy was started promptly after diagnosis of HIV infection or was delayed,” says Georg Stary, last author of the study. Tissue-resident memory T cells of the skin and mucosa play an important role in this process: these are part of the immunological memory and available for a rapid and effective tissue immune response when an organism has previously had contact with a pathogen.

In HIV patients who did not start antiretroviral therapy until some time after diagnosis, there was irreversible depletion of tissue-resident memory T cells in the skin and mucosa, despite high numbers of CD4+ T cells in the blood. In contrast, this depletion of memory T cells can be prevented if antiretroviral therapy is started promptly. In addition, it was found that HIV patients with HPV-induced mucosal cancer have a reduced number of tissue-resident memory T cells in the mucosa. This might explain the greater prevalence and more severe disease progression of HPV-associated tumors in people with HIV.

“The results of the study show the major importance of tissue-resident immune cells in the development of skin and mucosal cancers in HIV patients. Furthermore, the findings may also have implications for other patients at increased risk of developing skin and mucosal cancers and similar phenomena could play a role, for example, in patients who are immunosuppressed following organ transplantation,” said Georg Stary. 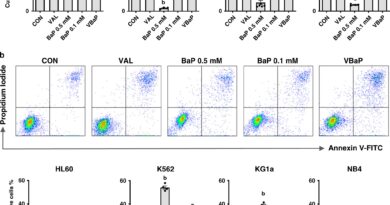 Triple-drug combo could prove key weapon in fight against cancer