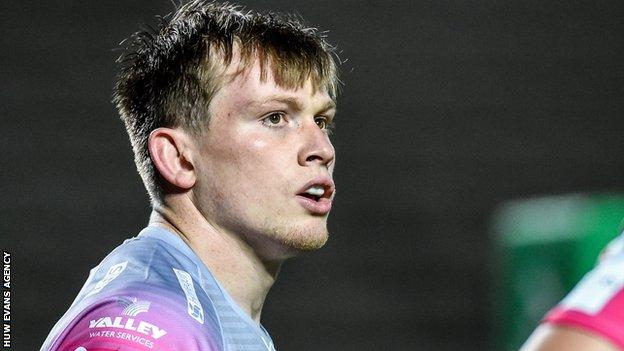 Wales full-back Liam Williams could return for Scarlets after injury when they face Dragons in Llanelli on New Year’s Day.

The British and Irish Lion suffered an ankle injury on Autumn Nations Cup duty for Wales in December.

But the visitors are without Wales international half-backs Rhodri Williams and Sam Davies.

Rhodri Williams is self-isolating after coming into close contact with someone who has tested positive for Covid-19.

Davies has yet to fully recover from the calf strain that forced him out in the build-up to Dragons’ European Champions Cup defeat at Bordeaux-Begles on 19 December.

Wales prop Wyn Jones will make his 100th Scarlets appearance for the hosts, who also have backs Tom Prydie and Paul Asquith available again along with back-rower Sione Kalamafoni.

Scarlets boss Glenn Delaney confirmed Williams is available, saying: “He’s training so he’s in the mix. We haven’t picked the team as yet, but he’s in training, he’s in contention.”

Delaney added: “There’s a whole raft of guys putting their hand up and it’s just one of those first-world problems isn’t it, trying to figure out the best group to go out there.”

Delaney hopes his side will take claim a second successive Welsh derby win, having pipped Ospreys at the death on Boxing Day at the same venue.

Dragons suffered a similar fate as Ospreys when they succumbed to Cardiff Blues on the same day.