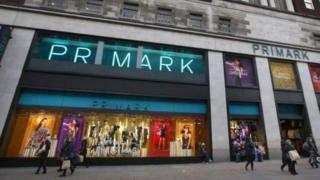 Primark’s 189 UK stores are expected to close Sunday and not reopen Monday, as demand drops due to social-distancing during the coronavirus pandemic.

Its parent company has temporarily closed shops in Europe and cancelled all future orders from suppliers.

Other High Street giants, such as John Lewis, have already announced closures amid the pandemic.

The department store chain will close all of its 50 shops temporarily from Monday for the first time in its 155-year history.

The online site will still be available, while the group’s 338 Waitrose stores will stay open to deal with a spike in demand for groceries. More than 2,000 John Lewis workers are already working across Waitrose.

Other retailers have said that they would shut their shops temporarily although government has not yet ordered them to close, unlike restaurants, bars and pubs.

The chief executive of the Timpson Group posted on social media that the shoe repair firm’s 2,150 stores would shut from Monday.

We are temporarily closing all our 2150 shops by Monday March 23rd at 5pm, and going in to hibernation…we hope it won’t be for too long. All our wonderful colleagues will remain on full pay, and will look forward to seeing you when we re open. Thank you.

As many UK firms warn of the impact of the pandemic, the city watchdog has asked them not to publish preliminary financial statements that were due in the next few days.

The Financial Conduct Authority (FCA) asked all listed companies to delay plans to publish by at least two weeks, due to the disruption caused by Covid-19.

Primark stores across the US, France, Spain and Italy have already shut their doors to try to contain the spread of the virus.

In response to falling demand, the firm has now stopped placing any orders for clothes to be made in the future.

It also has a large amount of stock in stores, warehouses and in transit that has already been paid for.

Mr Marchant said that Primark had been left with “no option but to take this action”.

He added: “This is profoundly upsetting for me personally and for all of the team… We recognise and are deeply saddened that this will have an effect throughout our entire supply chain.”

Primark does not have an online sales operation, so it orders and sells vast quantities of clothing through its network of brick-and-mortar shops.

Mr Marchant called for other countries to support businesses “in the same way that the UK and many European governments are doing.”

The UK government said this week it will pay the wages of employees unable to work due to the coronavirus pandemic, in a move aimed at protecting people’s jobs.

It will pay 80% of salary for staff who are kept on by their employer, covering wages of up to £2,500 a month.

Many retail and hospitality firms have warned the pandemic could see them collapse, wiping out thousands of jobs, as life in the UK is put on hold. 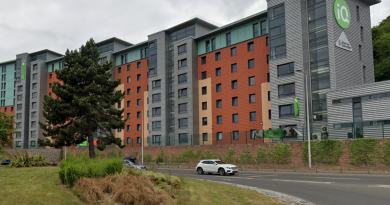 Covid in Scotland: Hundreds of Dundee students told to isolate 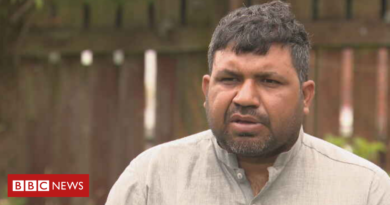 Dominic Cummings: His views on Covid and why it matters