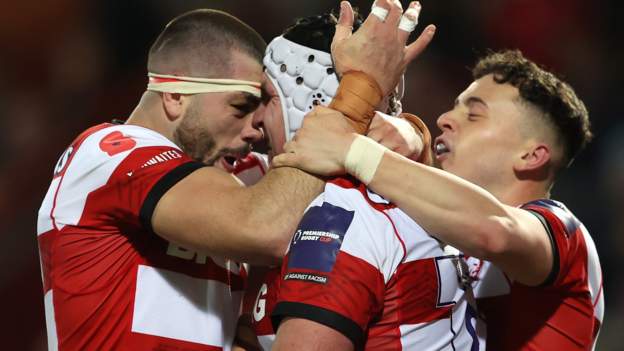 Former England forward Ben Morgan scored a hat-trick as Gloucester scored 11 tries against a Bath side who had no answer to their hosts’ forward power.

Bath, who fielded an inexperienced side, are still to win a match this term having lost all seven of their games in the league so far this season.

The loss came less than a month after a record 71-17 league home defeat by Saracens, where they conceded 10 tries.

Early scores from Morgan and Kyle Moyle put the hosts – who picked a relatively strong side for the fixture – in control, as Lewis Ludlow got a third despite Gloucester having Freddie Clarke in the sin bin, before Ruan Ackermann and Morgan went over inside the opening 40 minutes.

Andrew Davidson’s try within a minute of the restart came after a Gloucester maul made up around 30 metres, while Morgan bounced off two tackles to complete his hat-trick and Fraser Balmain was mauled over from a lineout inside the first 10 minutes of the second half.

Jack Clement was sent over in a similar way soon after, before George Worboys converted his 60th-minute try after a rare Bath foray into the hosts’ 22.

Jacob Morris eased over into the corner for Gloucester’s 10th try, with 12 minutes to go, before Clement’s second from another rolling maul completed their biggest ever win over Bath.

A new innovation for refereeing

The game saw referees’ conversations with Television Match Officials broadcast over the public address system for the first time, allowing spectators in the ground to hear what was being discussed.

The first conversation between referee Anthony Woodthorpe and TMO Rowan Kitt to be heard was over Clarke’s yellow card, for taking out Nahum Merigan as he went for a high ball.

Fans – who previously could only hear refereeing discussions with a specialist earpiece – were also able to hear discussions over whether there were knock-ons for Gloucester’s third and fifth tries.

“We are constantly looking at innovations and ways to grow the game,” Premiership Rugby’s rugby director Phil Winstanley said.

“Currently, the fan watching the game at home can hear the match official discussions with the television match official but those inside the stadium without one of our fan radios cannot.

“We hope that this will improve the match day experience in the stadium and allow those at the ground to understand the discussion and rationale for decisions made.” 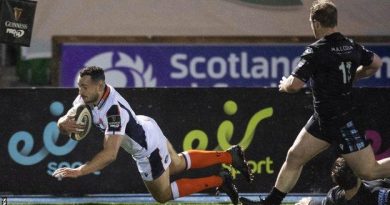 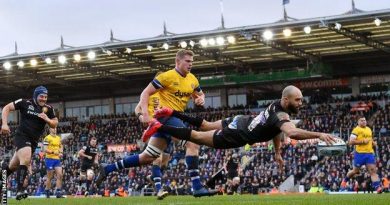 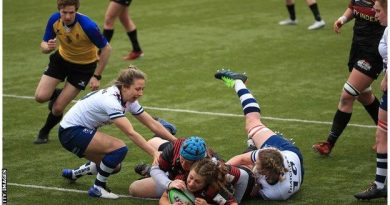