The Premier League Darts season will resume on 30 July with the play-offs moving from London to Sheffield.

The campaign has been suspended since the middle of March because of the coronavirus pandemic.

The Professional Darts Corporation plan to restart in Birmingham before eight more nights through to 15 October.

Belfast, London’s O2 Arena, Leeds, Berlin, Rotterdam, Glasgow, Manchester and Sheffield are the other venues in August, September and October.

The Premier League, which offers a prize of £250,000 to the winner, was originally due to run from 6 February until 21 May with finals night at London’s O2 Arena.

Debutant Glen Durrant currently leads the standings from defending champion Michael van Gerwen after the last round of fixtures that took place in Liverpool on 12 March.

The planned double-header in Rotterdam on 25-26 March was the first event to be postponed when public gatherings of more than 100 people were banned in the Netherlands.

That move came shortly before similar measures were introduced across the UK forcing all five scheduled rounds in April to also be postponed. 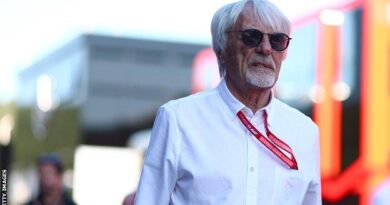 Dog gift for boy 'left for dead' in Bingham crash