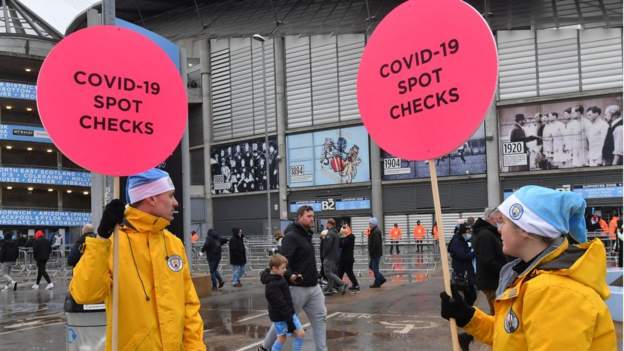 The Premier League has had its first week-by-week decrease in positive Covid tests for eight weeks.

In the seven days up to and including 2 January, there were 94 new cases among Premier League players and staff, from a total of 14,250 tests.

That figure is down from a record 103 cases over the previous seven days.

Because of the impact of the Omicron variant, 17 English top-flight games have been postponed since the start of December.

That led to a return to emergency measures at the Premier League’s 20 clubs, which has continued into 2022.

“The league is continuing to work with clubs to keep people safe by helping mitigate the risks of Covid-19 within their squads. We are also liaising closely with the government, local authorities and supporter groups, while being responsive to any future changes to national or local guidance.”