Research led by the Monash Biomedicine Discovery Institute (BDI) has found the technique currently used in clinics to fix a broken jaw is not biomechanically stable.

The study set out to investigate the best way of repairing the most common subtype of lower jaw fracture—angle fractures—as unsuccessful jaw trauma and repair can result in serious short and long-term problems for the patient and are a major cause of morbidity, costing millions in hospitalization annually.

The findings showed that the biplanar fixation technique, which is least preferred by surgeons due to its invasive nature, was biomechanically the most stable in the treatment of angle fractures.

Biplanar fixation requires a surgical incision through the cheek, splitting a major muscle of chewing (the masseter) that sits in this area. This incision allows for the addition of a second miniplate on the lower part of the jaw offering a more rigid structure than the most popular miniplate (Champy) technique, which although less invasive, results in a biomechanically unfavorable environment that likely inhibits bone healing.

While there can be many causes for a broken jaw, including congenital disorders, oropharyngeal cancers, falls, battlefield injuries and vehicle accidents, the most common cause are assaults involving drug-or alcohol-affected young men aged 20 to 40 years and can significantly impact a patient’s health and wellbeing due to pain and difficulty in eating.

The findings were published today in JBMR Plus.

“The jaw is the primary bone for chewing, an essential behavior for our survival. Identifying the best method to fix a broken jaw will promote bone healing, improve facial aesthetics and most importantly restore chewing without pain,” Dr. Panagiotopoulou said.

In the short term, jaw trauma and unsuccessful repair can result in tissue dysfunction, bone infection and bone healing problems, which affect the patient’s ability to eat and cause pain, she said.

“In the long term, improper fixation of jaw fractures can result in increased pain and analgesic use, which can lead to opioid abuse and addiction,” Dr. Panagiotopoulou said.

“Past research has shown that the pain associated with jaw fracture repair negatively impacts on mental health, and jaw fracture patients are more likely to abuse alcohol, tobacco or illicit drugs than those undergoing other maxillofacial procedures.”

Professor Reid said: “Currently the Champy technique is the most popular technique due to its relative ease of application, but has the drawbacks of being limited to more simple fractures (non-fragmented) and may lead to micromotion of the bony segments after fixation, which may compromise healing.

“This research is groundbreaking because it challenges current paradigms in fixation and rehabilitation and may lead to the development of new devices (plate and screw designs, e.g.) in the future.”

First author Dr. Hyab Mehari Abraha from Dr. Panagiotopoulou’s lab said: “Our study showed that this popular (Champy) surgical repair technique for jaw fracture may not provide enough rigidity for the bone to heal, particularly when patients are chewing on the opposite side to their fracture.”

Dr. Panagiotopoulou said the study’s combination of specific engineering techniques, animal models and use of computer simulations formed the most robust testing environment for angle fracture and repair developed to date.

However, in-vivo feeding behavior data was needed pre- and post-fracture and repair before the study’s results could be used to guide clinical decision-making about fixation technique and chewing side during rehabilitation, she said. 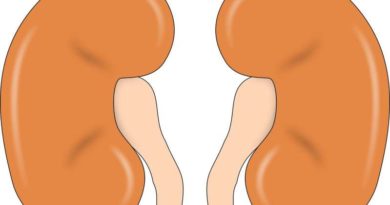 Why do minorities have higher rates of kidney failure?

'Vaccine tourists' fly from abroad for injections on US beach