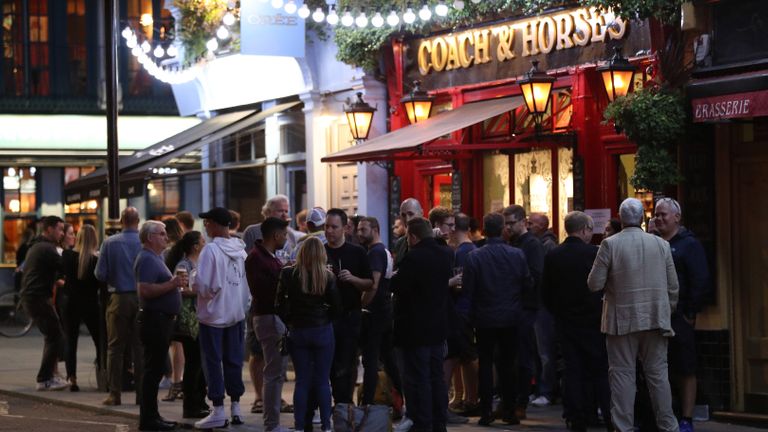 Boris Johnson has been accused of “intergalactic incompetence” by Sir Keir Starmer, who urged the prime minister to publish the “scientific basis” for the 10pm curfew.

Labour leader Sir Keir Starmer called on the prime minister to set out the reasons for the measure, which was introduced across England on 24 September, before MPs are due to vote on the issue next week.

During Prime Minister’s Questions on Wednesday, Sir Keir also grilled Mr Johnson on the effectiveness of local lockdowns and the “intergalactic incompetence” of 16,000 missed COVID-19 cases.

Live coronavirus updates from the UK and around the world

The Labour leader’s focus on the 10pm curfew will heighten the pressure on Mr Johnson over the measure, with a number of Conservative MPs critical of the national restriction.

Next week’s expected vote in the House Commons – which comes after the government was forced to give MPs a greater say over COVID-19 rules – could see a Tory rebellion against the early closure of hospitality businesses, and follows warnings it has been devastating for the industry.

And Labour themselves have not yet made a commitment to supporting the curfew, which Sky News has learned has contributed to one of Britain’s biggest pub operators moving to close 25 sites and axe 800 jobs.

Ahead of that vote, Sir Keir told Mr Johnson: “The prime minister knows that there are deeply-held views across the country in different ways on this.

“One question is now screaming out: is there a scientific basis for the 10pm rule? The public deserves to know. Parliament deserves to know. If there is, why doesn’t the government do yourself a favour and publish it?

“If not, why doesn’t the government review the rule?”


PM’s appeal to the nation

Senior local Labour politicians – including Greater Manchester mayor Andy Burnham and Liverpool mayor Joe Anderson – are also among those who have criticised the 10pm curfew for being ineffective in preventing the spread of COVID-19.

There have even been warnings the measure is worsening the situation, as it was encouraging house parties and forcing people onto the streets and public transport at the same time.

Mr Johnson responded to Sir Keir that the basis for the curfew was the same on which the Labour leader had “accepted it two weeks ago”.

“That is to reduce the spread of the virus and that is our objective,” the prime minister said.

He also attacked Labour for abstaining in a Commons vote on Tuesday night on the “rule of six” restriction on social gatherings.

“What kind of a signal does this send to the people of the country about the robustness of the Labour Party and their willingness to enforce the restrictions?,” Mr Johnson said.

“That is not new leadership, that is no leadership.”

Sir Keir quizzed Mr Johnson about the effectiveness of local lockdowns, with Labour analysis claiming that 19 out of 20 areas in England that have been under restrictions for two months have seen an increase in infection rates.

Mr Johnson replied: “He’s heard from me and heard repeatedly from the government why we’re bringing in differentiated local restrictions.”

The prime minster called for a “concerted national effort” to follow COVID-19 rules in the face of rising infections.

He also defended the government’s action since it emerged nearly 16,000 coronavirus cases were missed by the Test and Trace scheme.

“As soon as we became aware of the missing data we brought in 800 people to chase up those index cases and we continue to chase their contacts,” the prime minister said.

Sir Keir had asked Mr Johnson if he accepted the error had put people’s lives at risk.

“Even if they’re contacted successfully, for many the self-isolation period has already expired.

“Thirdly, important decisions on local restrictions were made using the wrong data.

“£12bn has been invested in this system yet a basic Excel error brings it down – no wonder it’s been described as intergalactic incompetence.” 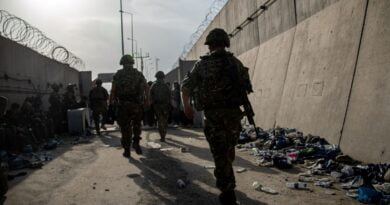 Afghanistan: Defence committee chair says NATO ‘gave up’ on country and did not have ‘resolve and commitment’ to see mission through | Politics News 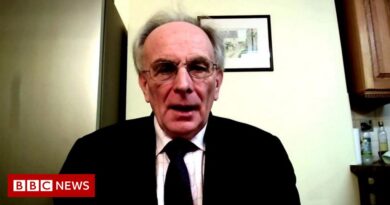 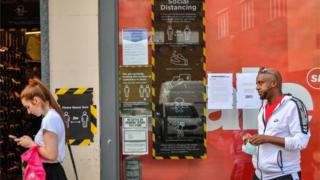 Coronavirus: 2m review to be completed in the ‘coming weeks’