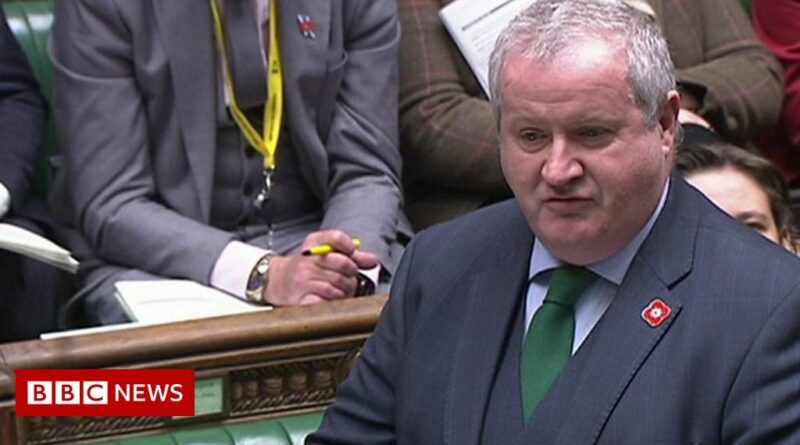 Ian Blackford has said no “clear reasons” or “clear excuses” have been given to reject a project designed to take and store carbon dioxide near Aberdeen.

As the COP26 conference gets under way in Glasgow, he said Scotland was finding partners around the world to tackle climate change, but not in Westminster.

Boris Johnson said he was a “massive enthusiast” for carbon capture and storage around the UK. He said the Aberdeen plant was on the “reserve list” and the SNP Westminster leader should “not despair”.

Live coverage on PMQs and the House of Commons