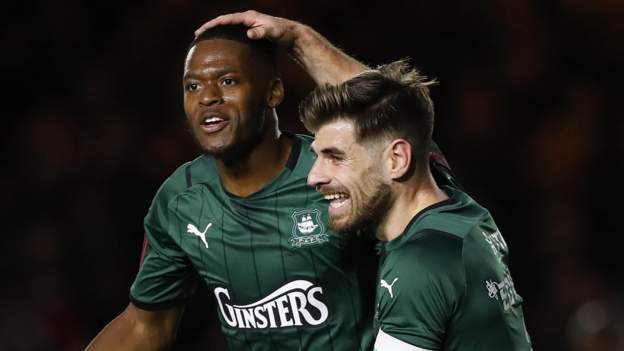 Plymouth Argyle moved into the second round of the FA Cup with a comfortable 3-0 win over Sheffield Wednesday.

Jordan Garrick put the hosts ahead from the edge of the box after a great break by Panutche Camara and Ryan Hardie.

Hardie coolly scored the second after more good work by Camara to play the Scottish striker in.

Garrick rounded off the first-round replay win midway through the second half as he curled in after an error by Wednesday goalkeeper Joe Wildsmith.

The Pilgrims will travel to Rochdale on Sunday, 5 December in the second round while the Owls depart the FA Cup in the first round for the first time since the 2004-05 season.

Florain Kamberi forced an excellent save from Argyle goalkeeper Michael Cooper inside the first 10 minutes before setting up Jaden Brown soon after as the Owls had the better of the opening exchanges.

But Argyle were rewarded when the industrious Camara stole the ball in midfield to start the counter-attack that led to their opening goal and he almost set up a second when Conor Grant saw an effort well-saved by Wildsmith after half an hour.

Camara was again the provider for the second goal as Hardie side-footed in off the post after beating his man, before Lewis Wing went close for Wednesday shortly after.

Garrick ended any lingering doubts with his second after Wildsmith misjudged a long ball and slid out of the left side of the penalty area as he gathered it – the on-loan Swansea City forward nicked the ball away as Wildsmith let go and calmly finished from just inside the box.

Kieran Agard had a good effort to increase the lead saved by Wildsmith 12 minutes from the end before the substitute striker had a goal disallowed after fouling the keeper at a corner soon after.

“We’re putting the game plans together for the lads and they’re bringing it to fruition.

“We know Sheffield Wednesday are no pushover, I know that’s the second game at home where we’ve scored three, but they’ve got some fantastic players, you saw the stalemate at their place and we knew we had to be better in the final third next time we played them, and we certainly were.

“I’m really pleased with every single one of them, I thought they were all fantastic from start to finish and they really had this place bouncing today.”

“It was far too easy for them to cut through which tells you that the balance just wasn’t right.

“We had a couple of chances, but unless you take your chances, you need one of those to go in and give impetus and hope to the team.

“We had chances tonight to score but we didn’t have that ruthless killer instinct in terms of goals, so when you don’t score the goals the game starts to run away and drift from you.” 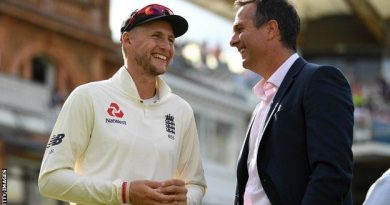 Black men 'stopped and searched by Met over fist bumps'