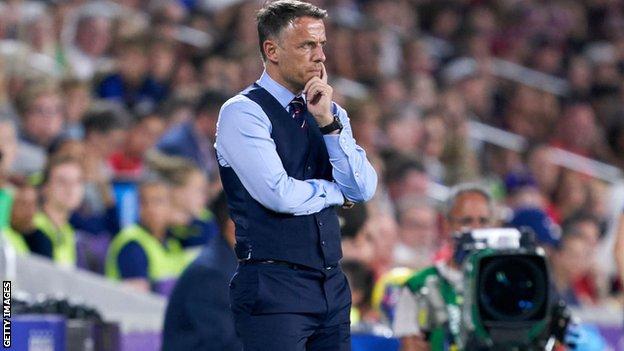 England manager Phil Neville says “it is still a massive ambition” of his to lead Team GB at the Olympic Games.

Neville steps down as England boss in July and current Netherlands boss Sarina Wiegman takes over in September.

No announcement has been made on who will lead Team GB, with the Football Association saying a choice will be made “in due course”.

“The Olympics is still a massive ambition of mine,” said Neville, who led England to fourth at the World Cup.

“The [Football Association] know that and they have been brilliant in their communication with me in terms of the time frames of when they’re going to make the decision.

“Whether you’re England manager or a manager from one of the four nations, that’s still going to be one of the toughest things to do, to pick 18 players [for the Team GB squad].

“It’s one that I was excited to do and now it’s obviously a clean slate and hopefully I’ll get the opportunity to do it.”

Asked whether he believed the decision needed to be made quickly, he said: “I think from all communications it will be made pretty quickly. I think everybody is on the same page. The players will want to know which manager they will want to impress for their Olympic selection.”

Neville is currently leading an England training camp at St George’s Park, running until 21 September. He selected a 28-player squad for Friday’s training match which saw players split into a home and away side.

The home side won 3-0 thanks to two goals from Manchester City striker Ellen White and Manchester United’s Ella Toone.

The Lionesses take on Germany on 27 October in Wiesbaden in their first competitive fixture since March.

The practice match was Fran Kirby’s first time back in an England shirt since the 2019 World Cup after she overcame an illness which left her “sofa-ridden” for months.

But Kirby, who already has a goal and an assist in her first two Women’s Super League games for Chelsea this season, looked sharp for the home team and was arguably the most impressive player on the pitch. And it was her through ball which set up Ellen White’s opener.

That will have encouraged Neville hugely, as will the performance of Jordan Nobbs, who was busy in midfield alongside Everton’s Izzy Christiansen – called up to the squad for the first time since March 2019 after ankle surgery.

Nobbs set up Toone’s header with a brilliant delivery from the left after White had made it 2-0, pouncing on Birmingham goalkeeper Hannah Hampton’s fumble.

The Arsenal midfielder was vocal throughout – offering encouragement to 21-year-old midfielder Niamh Charles, who showed glimpses of her ability with some nice link-up play, alongside on-loan West Ham forward Rachel Daly.

Another first-time call-up who impressed was Liverpool’s Rinsola Babajide, who came on as a second-half substitute for the away team and used her pace to cause Esme Morgan problems at the back.

Babajide put in several dangerous crosses from the left – one was deflected on to the post – while Bethany England should have scored from three close-range chances. 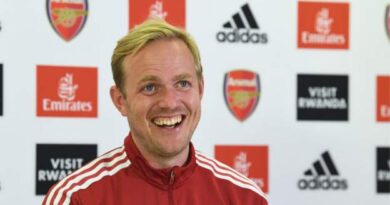 Jonas Eidevall: The new Arsenal boss firing Gunners to the top of the WSL 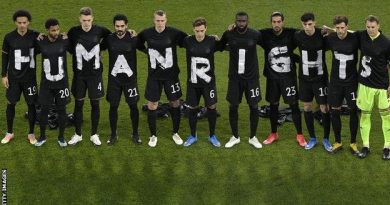