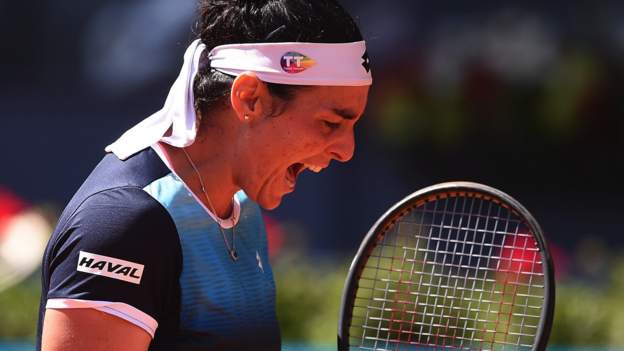 Tunisia’s Ons Jabeur became the first African player to reach the final of a WTA 1000 event after a straight-sets win at the Madrid Open.

The 27-year-old world number 10 beat qualifier Ekaterina Alexandrova 6-2 6-3 in their semi-final on Thursday.

Alexandrova had held a 6-1 head-to-head record against Jabeur but the eighth seed changed that with a 61-minute win.

“I felt like I was sick of losing against her all the time, so I came here to take my revenge,” Jabeur said.

“I feel like this tournament is a revenge tournament, every match. I’m very glad with my performance. I know she plays really well, so I tried to really impose my rhythm.

“I’m very happy with the level I played.”

The Tunisian showed flair and impeccable court coverage to get the better of her opponent, breaking four times on her way to victory in the Spanish capital.

Jabeur had beaten former French Open and Wimbledon champion Simona Halep in the quarter-finals and, as the highest-ranked player remaining in the draw, moves one win away from what would be the biggest title of her career.

Her only previous trophy came in Birmingham last year, at a WTA 250 event, and she has lost four other finals including defeat by Belinda Bencic in Charleston last month.

She will face either American Jessica Pegula, the 12th seed, or Switzerland’s Jil Teichmann in Saturday’s final.

“I really hope they play for five hours and they become tired,” Jabeur said with a laugh.

“I’m just going to focus on myself, it’s been tough losing a few finals lately. I’m going to do my best and then give it all for this one.”

Alexandrova was competing in Madrid as a neutral athlete, as the Russian is not allowed to play under the name or flag of her nation following the country’s invasion of Ukraine.

The war has led to Wimbledon banning Russian and Belarusian players from competing at this year’s Championships.

However, Jabeur, the first Arab player – male or female – to break into the world’s top 10, has questioned that decision, insisting that sports and politics should not mix. 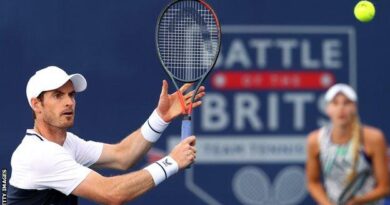 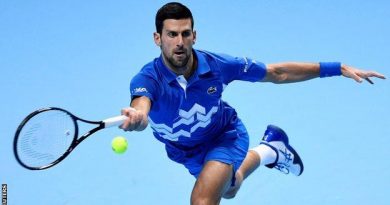