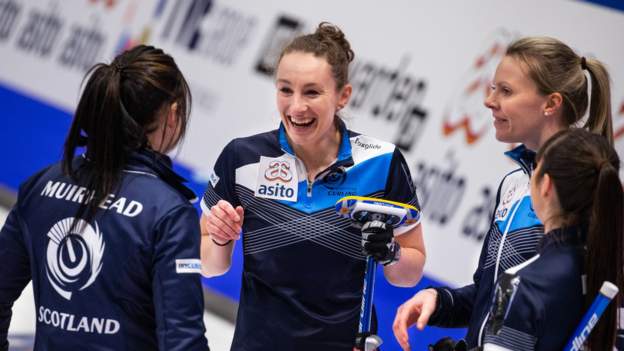 Eve Muirhead’s Scotland rink continued their resurgence at the Olympic qualifier in the Netherlands with a 7-4 win against Germany.

The European champions took two in the first end and never relinquished the lead in a strong performance.

Scotland have now won two games in a row after consecutive defeats threatened to derail their challenge.

They occupy the last of four spots which will give them a chance at the last three places at Beijing 2022.

“We carried on our good play from yesterday when we played well against Japan,” said Muirhead.

“We knew that was going to be an important game today and every match will be from now on, but I think that was a very clinical performance and the team came together very well.

“At the start of the week we were a bit rocky, but I do think now that we seem to have found our groove and have that eye on the prize that we want so badly.”

Scotland play Estonia on Wednesday morning at 08:00 GMT and Latvia later in the day at 18:00, before finishing their round-robin campaign against Italy on Thursday at 13:00.

What is the format?

The nine teams all play one another, with the country top of the standings at the end going straight through to the Olympics.

Those who finish second and third will play each other again, with the winner taking the second qualifying berth.

The loser will then meet the rink who finished fourth in the round-robin standings, with the triumphant nation sealing the final place. Ultimately, a top-four finish is a must.

The women’s teams competing are: Czech Republic, Estonia, Germany, Italy, Japan, Korea, Latvia, Scotland – who would play as Great Britain at the Olympics – and Turkey. 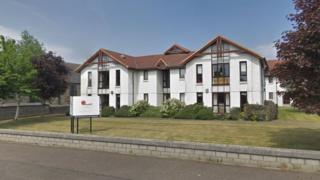 Biker dies after crashing into tree in North Ayrshire

Rate the players: Every player, every Scottish Premiership game