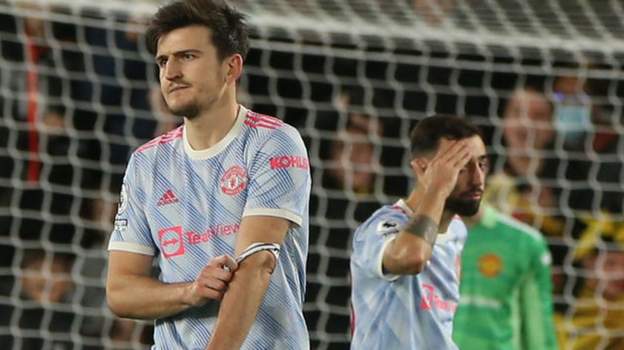 Solskjaer was dismissed on Sunday, a day after United lost 4-1 at Watford.

The Norwegian had signed a new deal until 2024 in July, and Neville believes his departure now highlights a lack of planning at the club.

“They’ve obviously tried to crawl to the end of the season,” he said.

Neville told Sky Sports: “They have not got an option there. There is nobody waiting to take over. They were never going to appoint Antonio Conte.

“They are scrambling and reacting. It is three times now that they have given a manager a long contract or extension and then sacked them within a few months. So the planning at the club has been poor.”

First-team coach Michael Carrick has been placed in temporary charge while United seek an interim manager to the end of the season.

However, Neville fears it would be unwise for the club to wait until their main target becomes available.

“I do worry a bit about the last few weeks and how that dressing room has disintegrated,” he added.

“They are waiting on Mauricio Pochettino not being successful at another club. If he did win the Champions League, Paris St-Germain would not let him go.

“He is the only name I have really thought suited Manchester United.”

Solskjaer, 48, replaced Jose Mourinho on an interim basis in December 2018.

He was then given the job full-time in March 2019, becoming United’s fourth permanent manager since Sir Alex Ferguson retired in 2013.

Solskjaer led the club to a runners-up finish in the Premier League last season and also oversaw a 29-game unbeaten run away from home – the longest in English football – before it was ended by Leicester last month.

However, he departs without having won a trophy during his three years in charge.

“Manchester United are the same as everyone else now,” said former Liverpool and Tottenham midfielder Jamie Redknapp on Sky Sports. “They are in the rat race. They need to win games.

“Ole Gunnar Solskjaer never felt right the right fit. This has not just crept up on Manchester United.”

‘There doesn’t seem to be any long-term plan’

With United looking to appoint an interim manager, the indication is they are in no rush to make their next permanent appointment.

As well as being linked with Pochettino, former Real Madrid manager Zinedine Zidane – currently out of work – is an early favourite with bookmakers to replace Solskjaer.

Former Manchester City defender Nedum Onuoha told BBC Radio 5 live: “What happens if the interim manager who comes in does really well? Do they offer him a contract? Will the caretaker be replacing the caretaker?

“There doesn’t seem to be any sort of long-term plan.”

Ex-Leeds, Newcastle and Tottenham defender Jonathan Woodgate believes United should go all out to appoint Zidane.

“He doesn’t get enough credit as a manager, everyone remembers him as a player.

“Who would be prepared to give Cristiano Ronaldo the hairdryer treatment? The two had unbelievable success together at Madrid.”

Former United goalkeeper Peter Schmeichel, a team-mate of Solskjaer’s during their playing days, is unsure where the club goes next.

“I look everywhere and I’m not sure I see that person there,” he said.

“I think so many other things have got happen before we can say that we can be in that position. It’s a really really difficult day today. It makes me very very sad.”

Drive-through test centres & 20,000 tests – how the Bundesliga plan to start playing in May