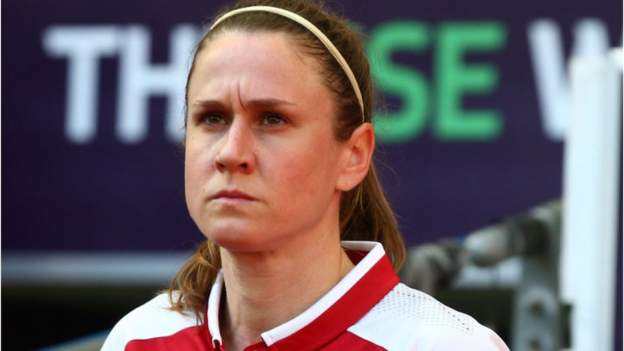 Former USA international Heather O’Reilly says that women’s football in the US was guilty of ignoring issues in a bid to establish the National Women’s Soccer League.

Riley also coached Portland Thorns in the NWSL, which began in 2013 after the previous professional women’s leagues in the US had folded twice in the previous 10 years.

O’Reilly said that players felt they had to “just take” inappropriate behaviour to make a career for themselves, and that the management structure when Riley was in charge at North Carolina was “just dangerous”.

“I think women’s football has swept a lot of bad things under the rug because we want the league to succeed,” she told World Football on BBC World Service.

“We want to continue our personal careers and there’s not as many opportunities for players to be professional footballers so I think that’s a reason why a lot of things are just dealt with. As a player, you just take it.

“In the NWSL there’s not a ton of HR employees at clubs, there’s not a hotline for players to call, so that’s why so many things happen time after time and aren’t disciplined.”

“He was certainly the man in charge of the club,” said O’Reilly, 36. “He was in control of every facet of the club. He was the manager [coach] but if you had a complaint about ownership or the physio, you went to Paul.

“That lack of checks and balances I think is what helped spur this problem, because no one individual should have that power. Nobody should be dealing with playing time and also contracts, and health and wellness. It’s just dangerous.

“There should have been better outlets for these two women, in particular, to be able to speak and not feel like they’d be penalised for it. They were worried for their jobs and careers.”

Sinead Farrelly and Mana Shim both spoke on record as part of an investigation by The Athletic, who spoke to more than a dozen players Riley had coached since 2010.

On Monday, Portland Thorns owner Merritt Paulson said Riley had been suspended in 2015 after a complaint over his behaviour and that the club shared the results of its investigation with the NWSL at the time.

But he felt they had been “opaque” with the public over the issue, adding: “I deeply regret our role in what is clearly a systemic failure across women’s professional soccer.”

‘Her last 10 years could have been completely different’

Farrelly, 31, played under Riley at Portland and previously at Philadelphia Independence, leading up to the 2011 World Cup.

“I remember that Sinead was a top young player coming through,” says O’Reilly. “The World Cup squad hadn’t been named yet but it was clear who the 23 were going to be. Then one of the 23 got injured.

“They called Sinead but she essentially turned it down. I didn’t know Sinead too well at that time but I remember being almost mad, almost disgusted, that this young player would turn down an opportunity to play, not just with their national team but at a World Cup.

“I look back at those feelings now and maybe that’s part of the guilt too. Clearly I did not know what she was going through on a personal level, because the timeline says that things were starting in terms of her relationship with Paul and the control he had on her.

“That’s what played into her decision and I’m sure that’s something she looks back on and says ‘my last 10 years, personally and professionally, could have been completely different’.

“Sinead has made a wonderful point that this has given her pain a purpose, because things are going to be in place now, for teams and even small organisations, to make sure you have a safe place to voice complaints and you shouldn’t feel powerless.”

‘Essentially we were gaslit for 10 years’

“In 2007 he was essentially the gatekeeper, deciding who would move on and play,” she told The Sports Desk podcast. “It felt like being in a dictatorship.

“We went to the president of the Whitecaps, told him what was going on and he told him [Birarda] we’d gone to him. My friend got benched that summer and I decided to leave.

“In 2008 three of us senior players spoke to a mediator, who decided he shouldn’t coach anymore. A week later they announced it as a mutual parting of the ways but we knew he got fired for sexual misconduct. Three months later he was back on the field with teenage girls.”

“Essentially we were gaslit [making someone question their reality] for 10 years, when we were trying to report what was happening and no-one was listening.”

O’Reilly has joined high-profile US players Alex Morgan and Megan Rapinoe in demanding change across the NWSL. Its board of governors and US Soccer have launched investigations into the matter.

The NWSL launched a new executive committee after commissioner Lisa Baird resigned last week, and all NWSL games last weekend were postponed as a result of the allegations.

World governing body Fifa has opened a preliminary investigation “due to the severity and seriousness of the allegations being made by players”.

Last year Fifa and the United Nations Office on Drugs and Crime (UNODC) launched a joint operation to tackle crime and abuse but Lisa Joyce, Fifa’s chief social responsibility and education officer, says football and other sports were “late to the table” and that Fifa “has a lot of catching up to do”.

“More recently we’ve provided training to all of our 1,000 staff and 10 regional offices on how to recognise, record and report any abuse, harassment or concerns they see,” she added. 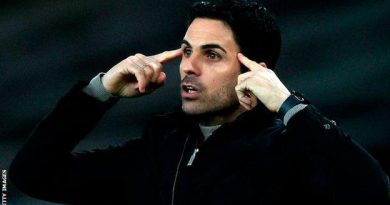