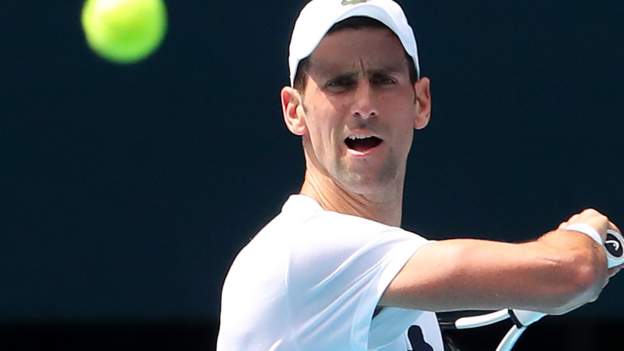 Novak Djokovic has never hidden how much he craves ending his career with the most Grand Slam men’s titles of all time.

But he looks set to be denied the chance to win a record 21st major at next week’s Australian Open after his visa was revoked by the country’s government.

The row could deny him his latest shot at making tennis history – but also raises further questions for Djokovic, plus other tennis players who are reluctant to be vaccinated, for the season ahead.

Will other countries stop Djokovic entering if he is not vaccinated? Could it prevent him playing in the other Grand Slam tournaments? And for how long?

And what does it mean for the nine-time Australian Open champion’s future with the host nation?

Will Djokovic be stopped playing anywhere else?

Pending the success of another appeal in Australia, Djokovic will be denied the opportunity to become the man with the most Grand Slam titles.

Level with Switzerland’s Roger Federer and Spain’s Rafael Nadal on 20 Grand Slams, the world number one was aiming to move clear of his long-time rivals for the first time by winning his 10th title at Melbourne Park.

While it would seem highly unlikely Djokovic would not play another Grand Slam again, his absence at Melbourne Park would stall his bid for finishing with more majors than Federer and Nadal.

Nadal, 35, could move ahead by winning for the first time since his only triumph there in 2009, while 40-year-old Federer is missing with a long-term knee injury.

The issue with Djokovic’s entry into Australia also raises questions about whether he will face difficulty entering other countries.

But, as Nadal pointed out, Djokovic would face no such problems if he decided to get the vaccination.

Some governments have made Covid-19 vaccinations mandatory for foreign visitors, with others allowing unvaccinated travellers if they provide negative tests and spend time in isolation on arrival.

Unsurprisingly, with the pandemic continuing to cause uncertainty, Djokovic has not revealed his schedule for the next few months.

Generally throughout his career, Djokovic has taken a few weeks off after the Australian Open before returning for the ATP Masters tournaments in Indian Wells and Miami – two of the most prestigious tour events below the Grand Slams – in March.

Non-US citizens must be fully vaccinated to travel to the United States, according to the US Department of State.

After Miami, the season moves into the European clay-court swing. The first key tournament is in Monte Carlo, where Djokovic resumed his 2021 season after winning the Australian Open two months earlier.

Current rules state unvaccinated people can enter the principality if they have proof of a positive PCR test more than 11 days ago and in the past six months, but must otherwise complete a quarantine period that can be cut short by tests.

After Monte Carlo, there are two more Masters events in Rome and Madrid before the European clay-court season culminates with the French Open in Paris at the end of May.

Unvaccinated travellers can enter Spain, France and Italy in various circumstances, enabled by PCR and antigen tests while, potentially, having to complete quarantine periods.

French president Emmanuel Macron recently said he wanted to make life difficult for unvaccinated people in the country, using a vulgar term to express his sentiments.

While that comment related to rules in French daily life rather than travel restrictions, it was perhaps an insight into what Djokovic might face before the second Grand Slam of the 2022 season.

Djokovic is the reigning Wimbledon champion after winning his sixth title at the All England Club last year.

With just under six months until this year’s tournament, it is too early to say exactly what restrictions – if any – players will face in order to participate.

There will be many more developments in the pandemic which will have subsequent knock-on effects for travelling and major sporting events.

The Australian Open said players would have to be vaccinated to enter – unless they successfully applied for an exemption – but it is anticipated Wimbledon’s entry requirements would be led by relevant government guidance.

Currently, non-vaccinated people can enter England but they must complete 10 days of quarantine. They must also hold a negative pre-departure test and two more PCR tests – on day two and day eight – after arriving.

The test to release scheme is still an option to those who want to shorten their isolation period.

Asked if he would allow Djokovic to play at Wimbledon this summer, UK Prime Minister Boris Johnson said: “It’s important for the Australian authorities to make their own dispositions.

“All I would say about Novak Djokovic is I believe in vaccination and I think it’s a wonderful thing to do.”

Will Djokovic play in Australia again?

Djokovic has long spoken of his affection for Australia and the self-marketed ‘Happy Slam’ held there.

Winning a record nine Australian Open men’s titles is largely why. Last year he described Melbourne Park, where there is always a large band of Serbian support, as “feeling like home”.

After the visa cancellation was initially overturned in a court appeal on Monday, Djokovic said it was “always an honour and privilege” to play in Australia.

But this has been a damaging episode and raises questions about whether he will ever return to play.

Djokovic could, in theory, face a three-year ban after having his visa revoked. By that time he would be 37 and, while the world number one could still be playing, there are no guarantees for any player at that age.

What does this mean for his relationship with Australia?

“I love you each year more and more. The love affair keeps going,” he told the Rod Laver Arena crowd after winning the title last year.

If Djokovic avoids deportation and does take to the court after this remarkable chain of events, it will be fascinating to hear and see the reaction of the fans at Melbourne Park.

There has been anger among the Australian public, who have endured some of the toughest lockdown rules in the world.

Australian Open organisers and politicians have also been heavily criticised for their roles in the saga.

Tennis Australia chief executive Craig Tiley has built a strong relationship with Djokovic and, speaking before the Serb landed in Melbourne, he denied accusations the governing body had helped the player obtain the exemption.

There were claims Tennis Australia had been told by the Australian government in November that border officials would not accept a previous case of Covid as a valid exemption reason to be unvaccinated.

Last week, Acting Victorian Premier Jacinta Allan claimed Tiley and Tennis Australia did not inform the state government about this guidance from the federal government.

Amid criticism of his role in the saga, Tiley said the confusion had arisen from “conflicting information” in a “changing environment”. He denied Tennis Australia had deliberately misled players seeking exemptions.

David Prince, an Australian immigration lawyer, said there was “egg on faces” for the authorities.

“The handling of the affair looks collectively very bad from Tennis Australia, the Victorian government and Australian federal government,” he said. 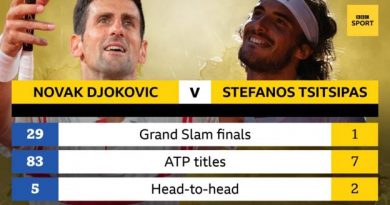 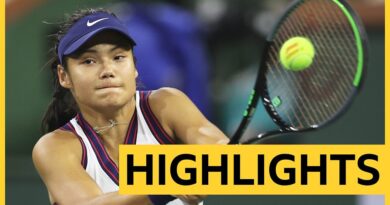