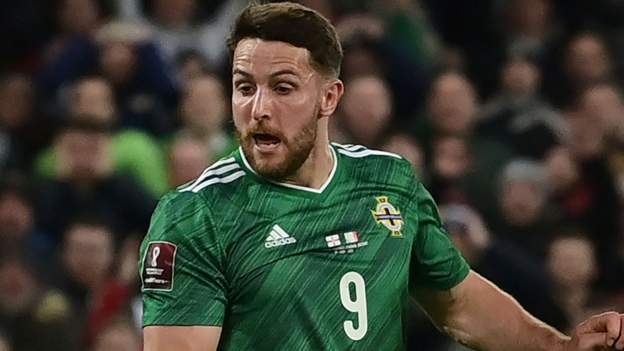 As snapshots of a qualifying campaign go, it could not have been much clearer.

And, coming as it did in the dying minutes of the final match, there was even a chronological symmetry to it as well.

Conor Washington’s miss for Northern Ireland at the end of their hugely-impressive 0-0 draw against European champions Italy at Windsor Park probably encapsulated their 2022 World Cup qualifying campaign better than any other single incident could.

A number of major themes combined to form the narrative of the most condensed series of tournament qualifiers in modern times, but the team’s inability to finish chances has perhaps been the most significant.

Covid-19 cases, injuries, player withdrawals, unsigned manager’s contracts and questions over the captain’s international future may have been more than sub-plots in most other campaigns. But what happens on the pitch is more important than anything else, and it was coming up short in front of goal that ultimately served as the biggest blow to Northern Ireland’s qualification chances.

It’s not a new problem – more a perennial one – but it is showing no signs of being solved. Northern Ireland did not concede a goal in any of their four matches at home, which points to the growing defensive strength that was lauded by Italian great Gianluca Vialli on Monday night, but teams don’t collect the qualification points they deserve if they don’t score goals.

In the end, Northern Ireland finished third in a group that they went into as third seeds. No failure in that, of course, especially given the presence of the Italians and eventual winners Switzerland in Group C. However, there will no doubt be a strong feeling of ‘what if?’ from supporters when they cast their minds back over the eight matches their team played.

Writing on the wall after Bulgaria stalemate

While there are no ‘free-hits’ in World Cup qualifiers, Italy away in your opener is certainly a less pressurised way to begin a campaign, and a brave attacking performance after the break meant the side would have travelled back to Belfast to face Bulgaria five days later in a decent frame of mind despite a 2-0 loss in Parma.

That was not the case after a demoralising scoreless draw at Windsor Park six days later, however. Despite playing two strikers in a 3-5-2 formation that would become Baraclough’s blueprint, Northern Ireland failed to convert a number of opportunities – and in the end an otherwise toothless visiting side were only denied a win by a late Bailey Peacock-Farrell save.

Home and away victories over Bulgaria and Lithuania were almost certainly going to be required to have a chance of qualifying, meaning a difficult task was looking unlikely after just the second of eight matchdays. Hope still lingered, however, after September saw an impressive 4-1 win in Lithuania and a positive home performance in a scoreless draw with the Swiss, watched by a vocal 16,000 crowd that had returned for the first time since the Covid-19 outbreak.

The campaign low point arrived in October. The Swiss were already a goal up before Jamal Lewis was shown a second yellow card for time-wasting at a throw-in, and they added a second for a 2-0 win that meant qualification was almost certainly beyond Northern Ireland. Worse was to come, though, when failure to take chances returned to haunt Northern Ireland again as a 1-0 half-time lead in Bulgaria turned into a crushing 2-1 defeat amid a disastrous second-half collapse.

Baraclough’s men restored some pride with a comfortable 1-0 win over Lithuania, with 17-year-old striker Dale Taylor coming off bench to make his debut, before coming so close to providing the ultimate fairytale ending as a bouncing Windsor Park crowd were still able to enjoy that scoreless draw against the Azzurri that secured third place as well as denying Italy automatic World Cup qualification.

Baraclough backed by IFA after baptism of fire

There’s learning on the job, and then there’s Ian Baraclough’s first 18 months as Northern Ireland manager.

Having already had to prepare a team for a Euro play-off semi-final and final in just the third and sixth matches of his reign, this World Cup qualifying campaign has thrown up a magnitude of pitfalls that would test even the most experienced of international managers – never mind one just finding his feet in the role.

Having to plan a campaign that had eight qualifiers condensed into eight months would have been made all the more difficult by the upheaval in his own backroom team. Damien Johnson, Austin MacPhee and Steve Harper are among those who have departed, while one of the replacements – Leicester City’s Adam Sadler – was unable to join the camp for the September double-header due to personal reasons.

He will never know, but Baraclough must also wonder whether the backing of a home crowd could have helped the team find a goal in that damaging scoreless draw with Bulgaria.

One thing he will know, however, is that the mass withdrawals he faced for the matches in September and October – whether for injuries, Covid-19 or personal reasons – were hugely damaging. Experienced players such as Jonny Evans and Stuart Dallas were among those to miss crucial matches, while Shayne Lavery missed the last four games after showing promise in the win over Lithuania and draw with Switzerland.

Lavery’s absence was felt more acutely due to in-form Hearts striker Liam Boyce having withdrawn his services, choosing instead to spend the international breaks with his family.

To his credit, Baraclough has remained upbeat throughout, pragmatically declaring that setbacks are there to be dealt with. And his bosses at the Irish FA clearly feel he is dealing with them admirably, with a new contract from the association just waiting to be signed – something which Baraclough has said will happen very soon.

While praising the impact on his team made by young players such as Conor Bradley, Daniel Ballard and Ali McCann after the home draw with Switzerland in September, Baraclough promised there are a lot more youngsters that will force their way into his squad.

The emergence of a talented crop of young Northern Ireland players during the latter half of the campaign has added a new and exciting dimension to the mood around the senior international side, something that was fuelled by 17-year-old Dale Taylor making his debut against Lithuania on Friday night.

Having managed the Under 21s before taking over the senior side last June, Baraclough is as well positioned as anyone to decide if and when the youngsters are ready to step up, and his inclination to give youth a chance means the emerging talent could well feature in the friendlies next March ahead of the quadruple-header of Nations League games in June.

Whether or not 36-year-old captain Steven Davis will still be around to lead them remains to be seen. Having said he would sit down with his family and speak to Baraclough about his international future when the campaign was over, Davis was the last man off the pitch on Monday night as he made sure he soaked up every last bit of the atmosphere in a stadium he has graced for 16 years. Read into that what you will. 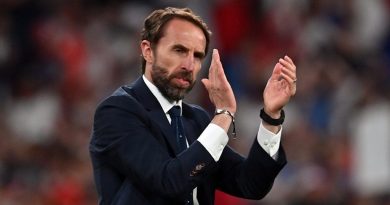 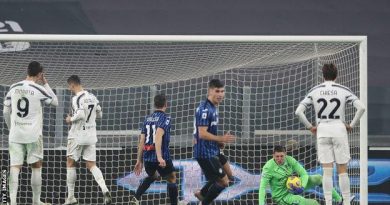