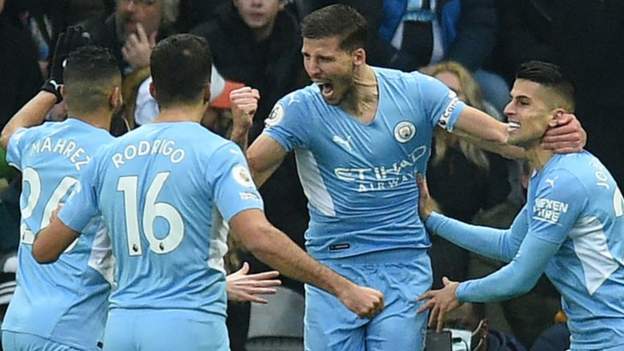 The league leaders were gifted a fifth-minute opener as Newcastle defender Ciaran Clark failed to attack Joao Cancelo’s hooked cross and Ruben Dias had a simple task to head City ahead.

City doubled their lead in the 27th minute when Cancelo collected the ball 35 yards out, beat two Newcastle players and fired an unstoppable strike into the top corner from outside the penalty area.

It got even worse for the hosts as Raheem Sterling tapped in from close range four minutes from time after a fine run down the left flank from Gabriel Jesus.

This victory ensures City will be top of the Premier League at Christmas for only the third time – and on both previous occasions in 2011-12 and 2017-18 they went on to be champions.

Newcastle remain 19th in the table, three points behind 17th-placed Watford and with only goal difference keeping them above bottom club Norwich City.

City turn on the style

Pep Guardiola had to cancel a pre-match news conference on Friday after he returned an inconclusive lateral flow coronavirus test, but a later negative PCR test allowed him to manage City from the touchline on Sunday.

Newcastle boss Eddie Howe had lost all his 10 previous games against City and would have been horrified with his side’s start as miscommunication between goalkeeper Martin Dubravka and Clark saw the centre-back leave Cancelo’s cross to present Dias with an easy goal.

Joelinton had a chance to equalise but shot just wide from 20 yards, before Cancelo put City two ahead. Although it was a great strike from the Portugal international, Howe will have been unhappy with the ease he evaded two defenders and managed to get his shot off with a further three Newcastle players surrounding him.

The home fans thought they should have had a penalty when City goalkeeper Ederson slid into, and wiped out, Ryan Fraser but nothing, surprisingly, was given. Isaac Hayden almost pulled a goal back before the interval, but glanced a header wide with Jacob Murphy also shooting wastefully over.

At half-time, Howe brought on Allan Saint-Maximin, who had suffered a calf problem against Liverpool on Thursday, for Joe Willock in an attempt to get back into the game.

But it was only a brief respite as Mahrez’s goal, originally ruled out for offside before being overturned by the Video Assistant Referee (VAR), stretched the visitors’ lead further.

Newcastle almost grabbed a late consolation, but Ederson tipped over Callum Wilson’s powerful header and Sterling claimed his 101st Premier League goal to ensure another frustrating day for the hosts.

City last failed to win in the league on 30 October, losing 2-0 at home to Crystal Palace, and since then have recorded victories over Manchester United, Everton, West Ham, Aston Villa, Watford, Wolves, Leeds and now Newcastle, scoring an impressive 24 goals in the process and conceding three.

Guardiola’s side are hoping to replicate their efforts of last season when they won 15 league games in a row on their way to picking up the title – City’s fifth in 10 campaigns. 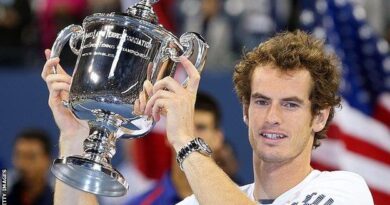 US Open draw: Andy Murray to face Yoshihito Nishioka in first round 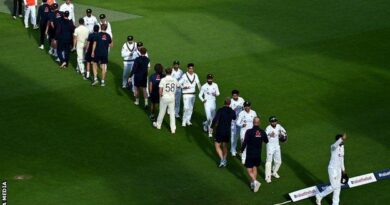