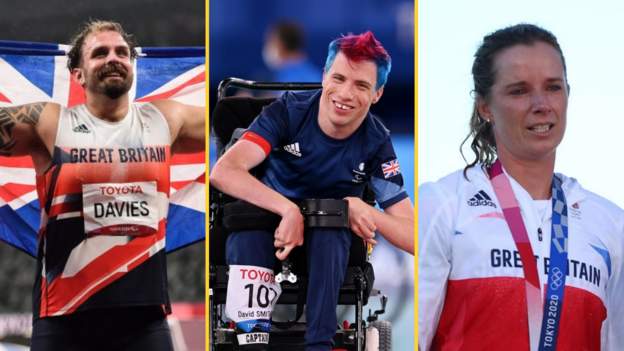 The quartet won Olympic or Paralympic gold in 2021, with Mills, Davies and Smith appointed OBEs having previously been awarded MBEs.

Officers of the Order of the British Empire (OBE)

Hannah Mills, 33,has been recognised for her services to sailing and the environment.

It was a second success for Mills after her previous gold in Rio 2016 and silver at London 2012 with Saskia Clark.

Mills, who announced her Olympic retirement in December, also launched an initiative in 2019 to eradicate single-use plastic in sport.

Triple Paralympic champion Aled Sion Davies has been noted for his services to athletics.

Davies, 30, won gold at his third successive games with success in the F63 shot put at Tokyo 2020 delayed for a year because of the pandemic.

He won F42 discus gold at London 2012 but the event was omitted from Rio four years later, where he won the shot put title.

Swansea-based David Smith made history in the boccia as he retained his individual BC1 title and in doing so confirmed his status as Britain’s most successful boccia player.

Smith, 32, now has five Paralympic medals and carried the flag for Great Britain at the closing ceremony.

Members of the Order of the British Empire (MBE)

Lauren Price won middleweight gold on the final day of the Olympics which saw her become Wales’ first boxing champion – man or woman – in the history of the Games.

Price, 27, has announced she intends to turn professional in 2022.

There was also history in the pool in Japan as Wales won its first swimming gold medal in more than a century.

It was won by not one but two Welshmen as Matthew Richards and Calum Jarvis were part of the winning men’s 4x200m freestyle relay team. The duo are recognised for services to swimming.

Richards also became Wales’ youngest Olympic champion at the age of 18, a record previously held by Jade Jones after she won taekwondo gold aged 19 at London 2012.

A Welsh contingent of 21 athletes brought home an impressive 14 medals at the Paralympics.

Welshpool’s Jim Roberts took the first gold as the 33-year-old helped Britain to an historic title in the wheelchair rugby – the first European nation to do so. Roberts, who announced his retirement in December aged 34, was recognised for his services to wheelchair rugby.

Laura Sugar competed in Para-athletics at Rio 2016 but switched to Para-canoe for Tokyo and set a new Paralympic best time on her way to gold in the women’s kayak single 200m (KL3). Sugar, 30, was recognised for her services to canoeing. 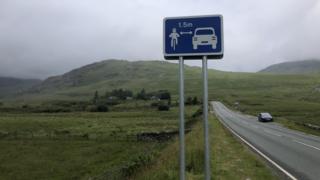 Welsh election: Labour promise to train 12,000 for NHS in manifesto